Top Rated Movies From the '00s 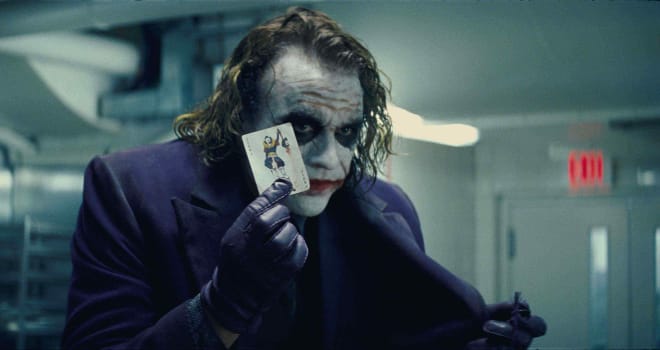 The 2000s were a great decade for movies. They saw the emergence of the Marvel Cinematic Universe and the rebirth of the movie musical. It was a decade when unconventional genres like science fiction and fantasy took home the Oscar for Best Picture. And it was a decade that had directors pushing the boundaries of what the medium can do. So what movies stand out as benchmark moments? Read on to find out.

It's impossible to single out one film from director Peter Jackson's adaptation of J.R.R. Tolkien's epic, so let's pretend "The Fellowship of the Ring," "The Two Towers," and "The Return of the King" add up to one nine-hour-long movie. Many had thought "LOTR" to be impossible to capture on film, but Jackson's love for the source material is evident in every frame. He transformed New Zealand into Middle Earth and brought it to life in exquisite detail, creating gorgeous sets and breathtaking action sequences. The casting is perfect, from Ian McKellen's gruff but warm Gandalf to Viggo Mortensen's noble Aragorn to Sean Astin's devoted Samwise Gamgee. "The Return of the King" took home 11 Oscars in 2004, and it was obvious that it was the Academy's way of rewarding the entire trilogy as a masterpiece.

As a genre, the movie musical was at death's door until Baz Luhrmann shocked it back to life with his spectacular "Moulin Rouge." A retelling of the Orpheus myth, "Moulin Rouge" follows starry-eyed young writer Christian (Ewan McGregor) as he descends into the Bohemian underground of Paris and falls in love with Satine (Nicole Kidman), the sparkling diamond of the Moulin Rouge nightclub. "Moulin Rouge" is full of razzle-dazzle as it captures the atmosphere of the club with opulent costumes and dizzying camera work. But it was the way "Moulin Rouge" relied on well-known pop songs to convey the emotions of the characters that clicked with audiences. You'll never listen to "Roxanne" the same way again.

Pixar's fourth film, "Finding Nemo," took the studio to a whole new level. The story of a father clownfish searching for his son who was caught by fishermen, "Finding Nemo" struck the perfect balance in appealing to both kids and parents. For the kids, you have the cute sea turtles and the irrepressible Dory, voiced to perfection by Ellen DeGeneres. For the parents, you have a poignant tale of a parent's desperate need to protect his child, no matter what the cost. Just hope its sequel, "Finding Dory," captures the magic of the original.

"Eternal Sunshine of the Spotless Mind," a bittersweet romantic drama, explores the concept of completely erasing someone from your memory. Jim Carrey and Kate Winslet are Joel and Clementine, a couple that recently went through a painful breakup. When Joel learns that Clementine has undergone a procedure that erased him from her memory, he endeavors to to do the same. However, once the treatment begins, Joel realizes he doesn't want to give up his memories, sending him and his memory version of Clementine on a trippy journey through his brain. Equally absurd and poignant, "Eternal Sunshine of the Spotless Mind" is a meditation on relationships and the choices we make when we love someone. "Meet me in Montauk ..."

"Batman Begins" was all well and good, but director Christopher Nolan truly blew the world's collective mind with "The Dark Knight." Fanboys initially rallied against the casting of Heath Ledger as the Joker, but Ledger proved them all wrong, turning in a brilliant performance that netted him every supporting actor award of the season and became the defining moment of his tragically short career. The sheer amount of life Ledger poured into the role was made all the more potent after his tragic passing in January 2008. Ledger's untimely death may have brought more attention to "The Dark Knight," but the movie stands on its own, packed with thrilling action sequences, tense standoffs, and ruminations on what it means to be a hero. Many would argue that it's the greatest superhero movie of all time -- and it's hard to disagree.

What happens in Vegas stays in Vegas, right? "The Hangover" chronicles a bachelor party gone wrong, as three friends (Bradley Cooper, Ed Helms, and Zach Galifianakis) wake up after a wild night in Vegas with no memory of what transpired the night before. As they retrace their steps trying to find the missing groom (Justin Bartha), they discover just what happened on their wild night. "The Hangover" is one of those lightning in a bottle type of movies that no one sees coming. It was a mix of the perfect cast, the perfect story, and the perfect amount of raunchy humor that made it connect with audiences.

Netflix Cancels 'The Get Down' After One Expensive Season