The first image from the upcoming "Baywatch" movie shows off a shirtless Dwayne Johnson and Zac Efron, both looking beefed up, courtesy of Entertainment Weekly. The actors have been captured filming the film version of the cheesy '80s show on the beach by paparazzi, but this official photo depicts their lifeguard characters emerging from the ocean. 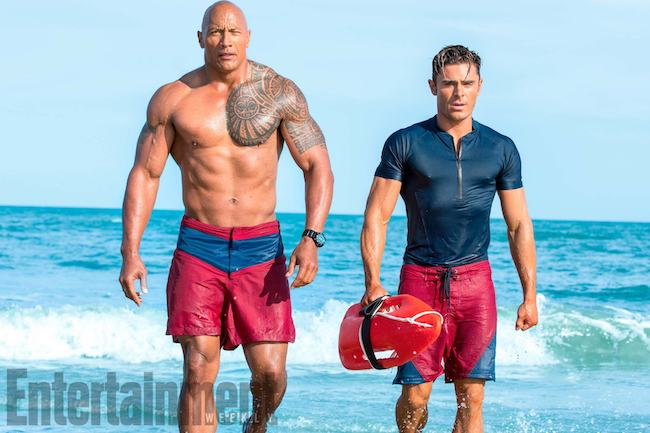 Johnson and Efron appear to be strolling, but "Baywatch" fans can expect plenty of the slo-mo running that was the TV show's signature. And it'll be done with plenty of winks.

"The history of the show is to showcase beauty," director Seth Gordon told EW. "There's a beat where one of the characters sees someone running and asks, 'Is she running in slo-mo? And why is she wet but not that wet?' Stuff like that shows that we are in on the joke."

"Baywatch" opens in theaters May 26.