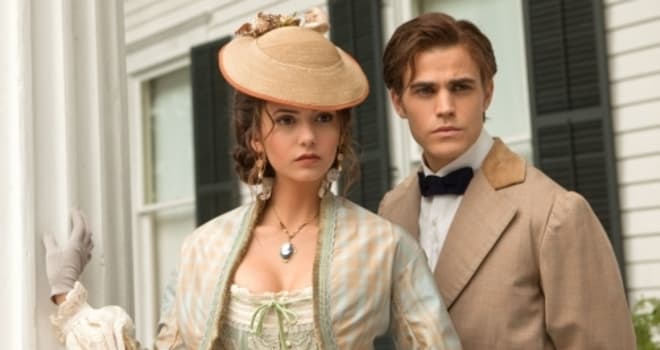 "The Vampire Diaries" is ending this Friday after eight seasons, and Ian Somerhalder (Damon) has a request for fans:

"Go back and watch 'Lost Girls.' It's a really phenomenally crafted episode of television. It might be a teen vampire soap opera, but dammit it's a great piece of television ... That one was special."

Leave it to a "Lost" alum to plug an episode with "Lost" in the title, but it's Paul Wesley's (Stefan) favorite, too.

"I think that's when we were like, 'This sh*t is pretty good,'" Wesley told Screener TV. "It was this episode called 'Lost Girls.'" 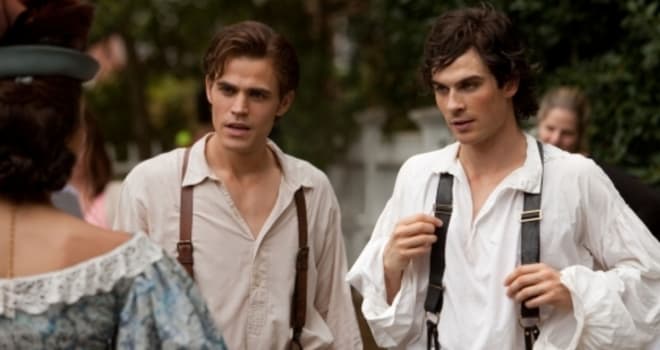 "Lost Girls" was Season 1, Episode 6, written by show creators Kevin Williamson and Julie Plec. It first aired October 15, 2009, taking fans on a flashback to 1864 when the human brothers both fell for vampire Katherine (Nina Dobrev).

"It was my favorite episode ever," Somerhalder told Screener. "My business manager was in town, and he's like a big brother of mine, and we were sitting in Paul's gorgeous apartment in Atlanta, and then the episode ended, and I saw him -- this guy Michael -- and he just said, 'Wow,' and he looked over at us and he goes, 'This is going to go, guys. This is going to be here for a while. You should probably dig your heels in.'"

That guy was right. Fast-forward from 2009 to 2017 and the series is only just now about to say goodbye, starting this Friday, March 10 with a retrospective at 8 p.m. before the final episode begins at 9 p.m.