'Beguiled' Stars Reveal What Went Into That 'Lemonade' Photo Shoot 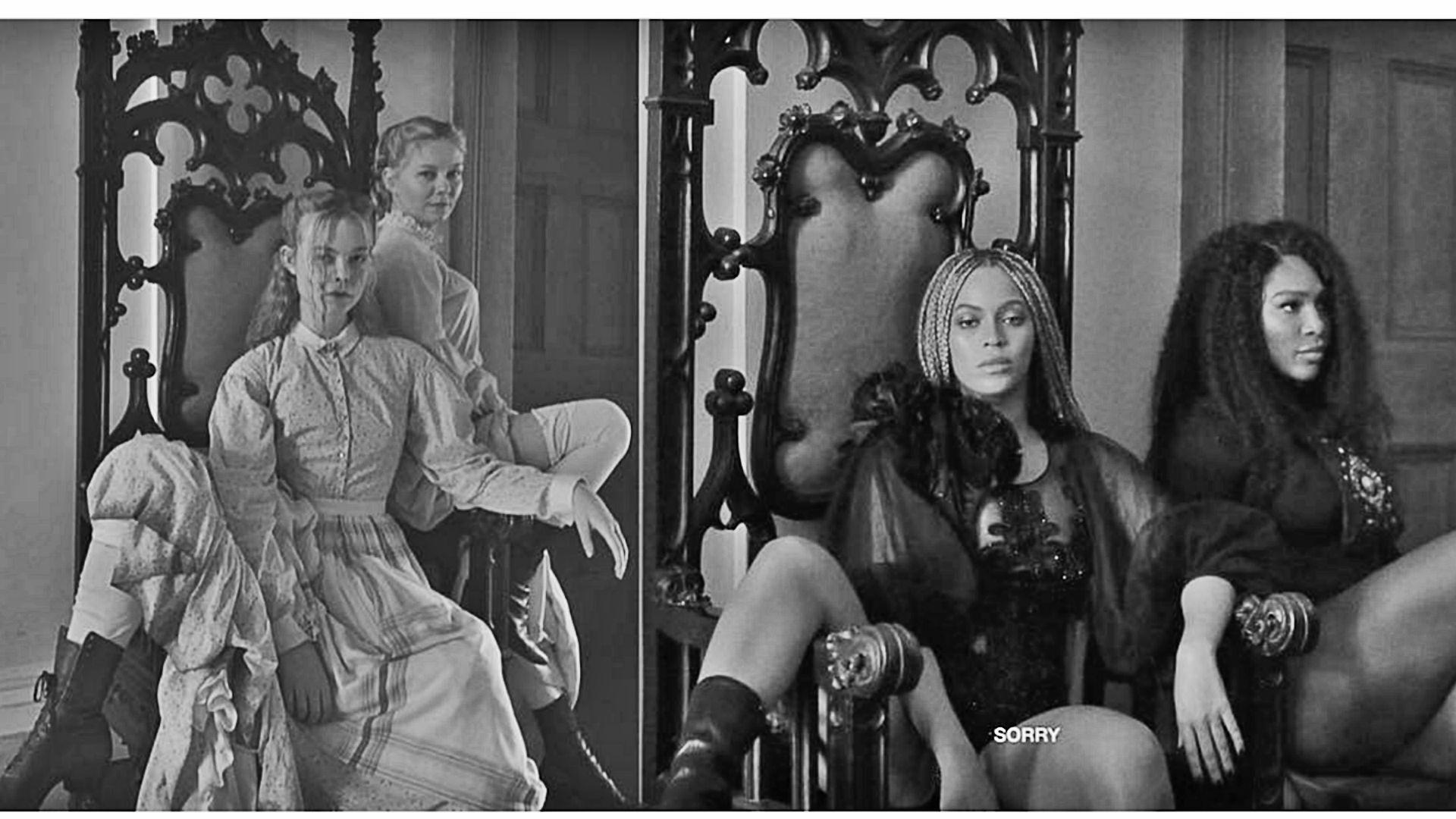 Back in November of last year an amazing gift was given to the Internet: both Kirsten Dunst and Elle Fanning released photos on their Instagram accounts where they painstakingly recreated a moment from Beyonce's "Sorry" music video. Since they were in period costuming, filming Sofia Coppola's upcoming (and very brilliant) remake of Clint Eastwood's "The Beguiled," it added an even cooler dimension, especially given the very "Lemonade"-y themes of the film (female empowerment, revenge, etc). It was one of those perfect pop culture mash-ups that seems to only come around every so often and can only be facilitated by the rise and widespread implementation of social media. Also, it's really cool.

We had to ask Fanning, Dunst, and Coppola about what went into the creation of the photo (above), and spoke to the stars about what it was like re-teaming with the acclaimed director (who just took home the Best Director award at Cannes), which you can watch below.

"The Beguiled" opens in limited release this Friday before expanding everywhere next week. Go see it. It's as refreshing as a glass of lemonade on a hot summer day.

During the Civil War, at a Southern girls’ boarding school, young women take in an injured enemy soldier. As they provide refuge and tend to his wounds, the house... Read the Plot