Michael Keaton on Beating Up Dylan O'Brien in American Assassin 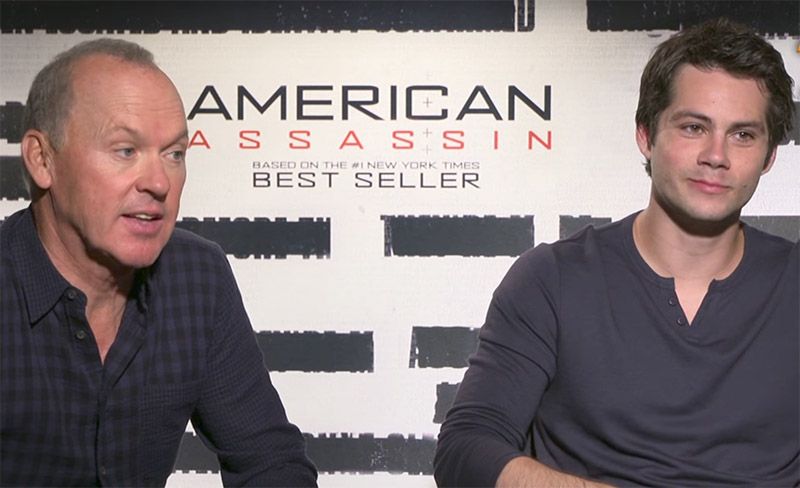 Let's do the math. Michael Keaton is 66 years old. Dylan O'Brien is 26. That's 40 extra years Keaton has on his "American Assassin" costar. And yet the script calls for him to kick O'Brien around. How does he do it?

It turns out Keaton had the same question.

"You have to be realistic about it," Keaton tells Made in Hollywood reporter Kylie Erica Mar. " Realistically, look at the age difference, look at the condition this kid's in. I know it's a movie where you have to buy into a lot of things. But you have to believe that my character could actually do what he can do."

The key, says Keaton, was realizing that this same issue drives his character, Stan Hurley, a Cold War veteran who takes CIA black ops recruit Mitch Rapp (O'Brien) under his wing, only to have them battling each other.

This acting challenge, says Keaton, was critical, which is why Keaton does most of his own stunts, while always respecting his limitations.

"If you can do them yourself, it's kind of fun. I get bored sitting around," he says. "But if someone can do them better than I can, let the stuntmen do them. They're better than I am at it. So I don't have a real macho thing about it."