There’s plenty to watch these days, and Moviefone is here to help you find your perfect night at the movies. This week's selection of movies features two chances to enjoy Christopher Lloyd, regular folks getting pranked, and a couple of choices for music lovers. Here are the movies we're suggesting this week: 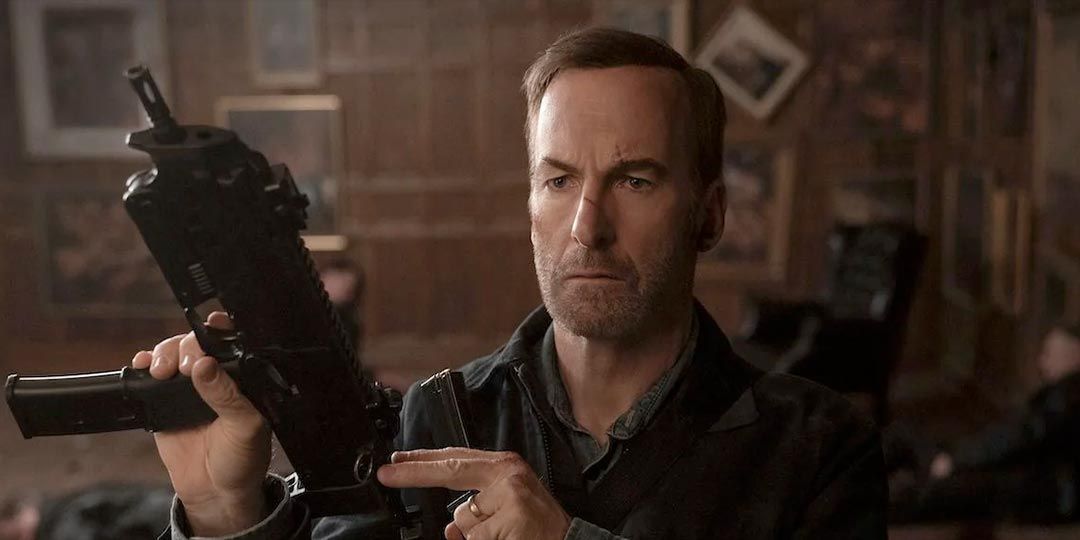 Bob Odenkirk in 'Nobody'

It seems as though “otherwise mild-mannered actors we love kicking butt” is a genre of its own, popularized by Liam Neeson and Keanu Reeves, and now joined by comedic genius Bob Odenkirk. 'Breaking Bad' and 'Better Call Saul' clued in most of us to the fact that he was an actor not to be underestimated, and here, you won’t find many jokes either. What you will find is a story of a guy who only seems to be calm, collected, and utterly average. But when he’s pushed, we learn that he has a past, and that past involves lots of fists in faces and blood getting spilled. He doesn’t even care that his sweater vest is rumpled, people. Be afraid.

Watch It If: Your pulse gets pounding watching a suburban dad’s Dockers get ruined.

The magic and wonder of Tina Turner is captured in this documentary looking at the rise of one of the world’s most talented, prominent, captivating Black singers. Her road has been bumpy, including the very public breakup of her abusive marriage, which she speaks candidly about. Regardless of the hardships she faced, the fact remained that when she got onstage, there was no looking anywhere but her.

Watch It If: You need to make up for missing in-person shows with a great concert movie that uses phenomenal archival footage, and want to celebrate one of our planet’s greatest talents and her ability to endure.

The names Tiffany Haddish ('Girls Trip'), Lil Rel Howery ('Get Out'), and Eric André ('The Eric André Show') should get you chuckling right away. In this inventive hybrid fiction + prank show film, they play a woman whose car has been stolen, her brother, and his dumb friend, respectively. So they’re doing ridiculous things and real people who are not in on the joke are watching nearby in horror.

Watch It If: You think it’s hilarious to see a soccer mom-type ask Tiffany Haddish to “please” not dangle Eric André off the side of a building.

While rape-revenge stories can be easily found in cinema, few have been made through modern and more realistic lenses (a ‘la 'Promising Young Woman'). Enter Violation, starring co-writer/co-director Madeleine Sims-Fewer as Miriam, whose marriage is in trouble. She travels with her nearly-estranged husband (Obi Abili) out to visit her sister, who she also has a prickly relationship with. And when she is assaulted by someone she trusts during the trip, all hell breaks loose.

Watch It If: You are impressed by the selection of films on Shudder that consistently highlight how horror isn’t just a genre to be easily dismissed, and find yourself better educated in the process.

Senior Moment (In Theaters and On Demand)

William Shatner loses his driver’s license in a Palm Springs court, and in a truly heartbreaking moment for car lovers everywhere, loses his vintage Porsche along with it. As he struggles to figure out how to take the bus, he drops his groceries on a kind, lovely woman (Jean Smart) willing to help him keep his mind sane and his produce crisp. His BFF in the film is played by the great Christopher Lloyd, so they’re packing a lot of vintage star power into this little indie that takes place in a sunny So Cal city most famous for its sky-high desert temperatures and golf courses.

Watch It If: You want to celebrate the day of Shatner’s birth this week, and you love lines that tug at your heartstrings like “This is not about you getting back your license to drive, this is about your license to live.”

Shoplifters of the World (In Theaters and On Demand)

Few musicians inspire the devotion and lunacy in their fans that Morrissey does--and this film focuses on the latter. When The Smiths break up in 1987, some Denver, Colorado teens wallow in their sorrow...but Dean (Ellar Coltrane) decides to do something about it. With a handgun and feverish teen love in his heart for fellow Smiths fan Cleo (Helena Howard), he breaks into a local radio station and demands the DJ (Joe Maganiello) play a very specific playlist.

Watch It If: You are one of those devoted Smiths fans, or if you’ve forgotten just how great their music really is, and how it has permeated every pore of your being without you even fully realizing it.

Shoplifters of the World

"Once there was a band called the Smiths..."
Not Yet Rated1 hr 30 minMar 26th, 2021
Watch Shoplifters of the World Online