Welcome to Female Filmmakers in Focus, featuring recommendations for films directed by women to seek out each week. This week features an interview with Zaida Bergroth about her latest film ‘Tove,’ plus why she recommends Isabella Eklöf’s thriller ‘Holiday.’ 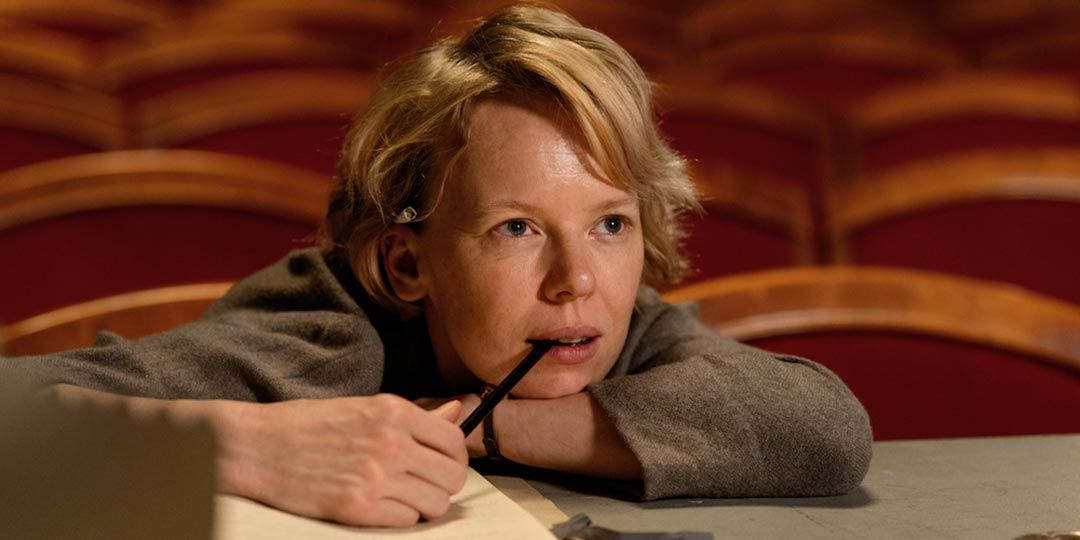 Zaida Bergroth graduated from the Aalto University School of Arts, Design and Architecture in 2004. Her debut film ‘Last Cowboy Standing’ played in festivals around the world. Her fifth feature film ‘Tove’ is a look at the early life of artist and author Tove Jansson, creator of the Moomins. For those unfamiliar with the Moomins, they are a family of trolls (who resemble hippos) that are the central characters of nine books, five picture books and a long-running comic strip. These characters have been featured in numerous television series, films and there is even a theme park called Moomin World!

‘Tove’ is the second most expensive film ever produced in Finland and was selected as the country’s entry for the Best International Feature Film at the 93rd Academy Awards, although it was not nominated. Finnish theater actress Alma Pöysti plays the titular artist as she navigates the art world in post-WWII Finland and struggles with the success of Moomins at the expense of her fine art work. The film also explores her relationships with left wing journalist and prominent intellectual Atos Wirtanen and theater director Vivica Bandler.

Helsinki, 1945. The end of the war brings a new sense of artistic and social freedom for painter Tove Jansson. While focusing her artistic dreams on painting, the...Read the Plot

Moviefone spoke to Zaida Bergroth about her new film.

Moviefone: What drew you to a project about Tove Jansson?
Zaida Bergroth: I was asked to this, and I think that was really good because I wouldn’t have dared to suggest this myself. That happened in 2017 in the springtime when producer Aleksi Bardy asked me to join this project.

MF: Was it always focused on this early part of her career and life?
ZB: No. We did speculate about that. We had many discussions with the screenwriters and producers, but quite early on decided we wanted to focus on this part because Tove Jansson is very, very famous in Finland, probably the most loved artist that there is, and we wanted to tell a new kind of story about her, and we wanted to focus especially on this period when she was a bit younger, before she became famous. We wanted to shine a new light on her.

MF: She calls herself a “bleak shadow” of her father’s genius. How do you think that tension with father drove her as an artist?
ZB: We could have made a movie about that relationship because it was so interesting. The thing is they loved each other very much, and I believe they understood each other on a very deep level because they were both artists, and they were both very ambitious, and they were both very talented. I think that Tove really admired her father. His opinion meant the world to her, so everything he said she really took it to heart. Her father didn’t really appreciate the Moomins, so I can understand the frustrations that Tove must have felt, that she’s getting recognition for something that she, at the time, considered to be children’s stories. And there were a lot of political arguments also. I remember I read from a letter that Tove sent to a friend that she got so angry with arguing with her father that she had to throw up. So they were very dramatic, their arguments. But they respected each other.

MF: When she first sleeps with Vivica Bandler, she describes it as “a new room in the house of the soul”. Where did that phrase come from?
ZB: Yes, that was from her writing. That’s how she described it, and we thought it was a very nice and poetic way to put it. It was a good idea to have that dialogue in a scene, where she tried to explain in a beautiful way the situation to Atos [Wirtanen], whom she also loved. So yeah, that came from Tove’s actual description of her lovers.

MF: In doing research, what kind of written material did you uncover?
ZB: There are two really good biographies written about her, so I read those. Of course, she wrote a lot of letters to her friends and to her family members. They were wonderful, very revealing. There were documentaries made about her. There was so much material about her, you couldn’t ask for more. It was almost overwhelming, but it was lovely also. After you have studied as much as you can, I felt free to do our version of the story.

MF: What was the atmosphere in Finland like for the LGBTQ community at that time?
ZB: It was illegal to have same-sex relationships. You could go to prison for that. I know it was more dangerous for men. Women were a bit more safe. You could easier live with your female partner as friends or whatever. But it was illegal, so of course the society didn’t look at it in a nice way. I think in artistic circles they were more safe, and the circles that Tove and Vivica lived in were pretty bohemian. It was very life affirming, they really wanted to celebrate life after the second world war, so there was this freedom, at least in their circles.

MF: She insists that her paintings are really her, and the Moomins are a distraction. Can you talk about mining that tension to show Tove’s interiority?
ZB: I felt it was one of the most interesting things for me. I can relate to an artist who is afraid of failing, and I think it was so interesting that she didn’t really appreciate the thing that came the most from her heart. That is what I really believe. I think that she was a very good painter, but she was more exceptional as an illustrator and as an author. I could relate to that problem of getting recognition for something that you are not prepared for. At that time, after the second world war, I think she tried to impress some people. There was something very conventional in her paintings, and I think the Moomin stories and those political cartoons that she made were bolder, and they had humor, and they were wilder in every way. Maybe there was something holding her back when it came to her paintings. Maybe the thing that was holding her back was the opinion of her father. Perhaps. It was interesting to think about these things and to speculate. Of course, the movie hints towards some directions, but we can’t really know.

MF: Can you talk about casting Alma Pöysti as Tove?
ZB: She’s a great actress. She has been mainly on the stage. I had seen her many times in the theater. We had a pretty massive casting process, but she was on my mind very early on. I’m glad that she accepted the part.

MF: Tuulikki Pietilä is only introduced at the end of the film even though she was Tove’s longest partner, and the film sort of indicated that Vivica was who she loved the deepest. What led to that choice?
ZB: I think Tuuliki was definitely a big love in her life. That relationship lasted for so many decades, and they were so important to each other. But Vivica was the first woman she fell in love with, and I felt it was so essential to show that it was a new beginning for her. She never looked back. She loved Atos dearly, but she never had a relationship with men after that. So, I call this genre of film a coming of middle age. She is still learning so many things about herself. I think it was a life changing thing to fall in love with Vivica and learn about herself. She had to learn to respect her own needs. She thought she could control her emotional life before that, and I think it was a big learning experience for her. With Tuuliki, they were so happy, it wouldn’t make for a lot of drama.

MF: Can you recommend another film directed by a woman for our readers to seek out?
ZB: I love works by Lynne Ramsay and Andrea Arnold and the Argentine film director Lucrecia Martel. I would recommend to get to know those filmmakers and getting to know their work. Also, I recommend Isabella Eklöf’s ‘Holiday’. It is delicate and violent at the same time. It’s bold in the way that is made that makes me respect the filmmaker herself. I think it touched me and it disturbed me.

Isabella Eklöf attended the National Film School of Denmark and made her feature screenwriting debut co-writing the acclaimed fantasy film ‘Border’ with director Ali Abbasi. Her feature film directorial debut ‘Holiday’ screened at the 2018 Sundance Film Festival in World Cinema Dramatic Competition section. It won two awards at Fantastic Fest later that year, as well as four Bodil Awards, which is the highest film honor in Denmark. ‘Holiday’ follows a young woman named Sascha as she embarks on a vacation to the Turkish Riviera with her drug dealer boyfriend. Unflinching in its depiction of violence against women, it also asks viewers to question what they think they know about certain women. A warning for viewers: there is an extremely graphic rape scene in this film.

Sascha, the young and beautiful trophy girlfriend of a Danish drug lord, arrives at his holiday villa in the seaside town of Bodrum, on the Turkish Riviera, where...Read the Plot