Kier talks about working with Todd Stephens, and what it took to portray Mr. Pat, a real-life figure from Stephens' past. 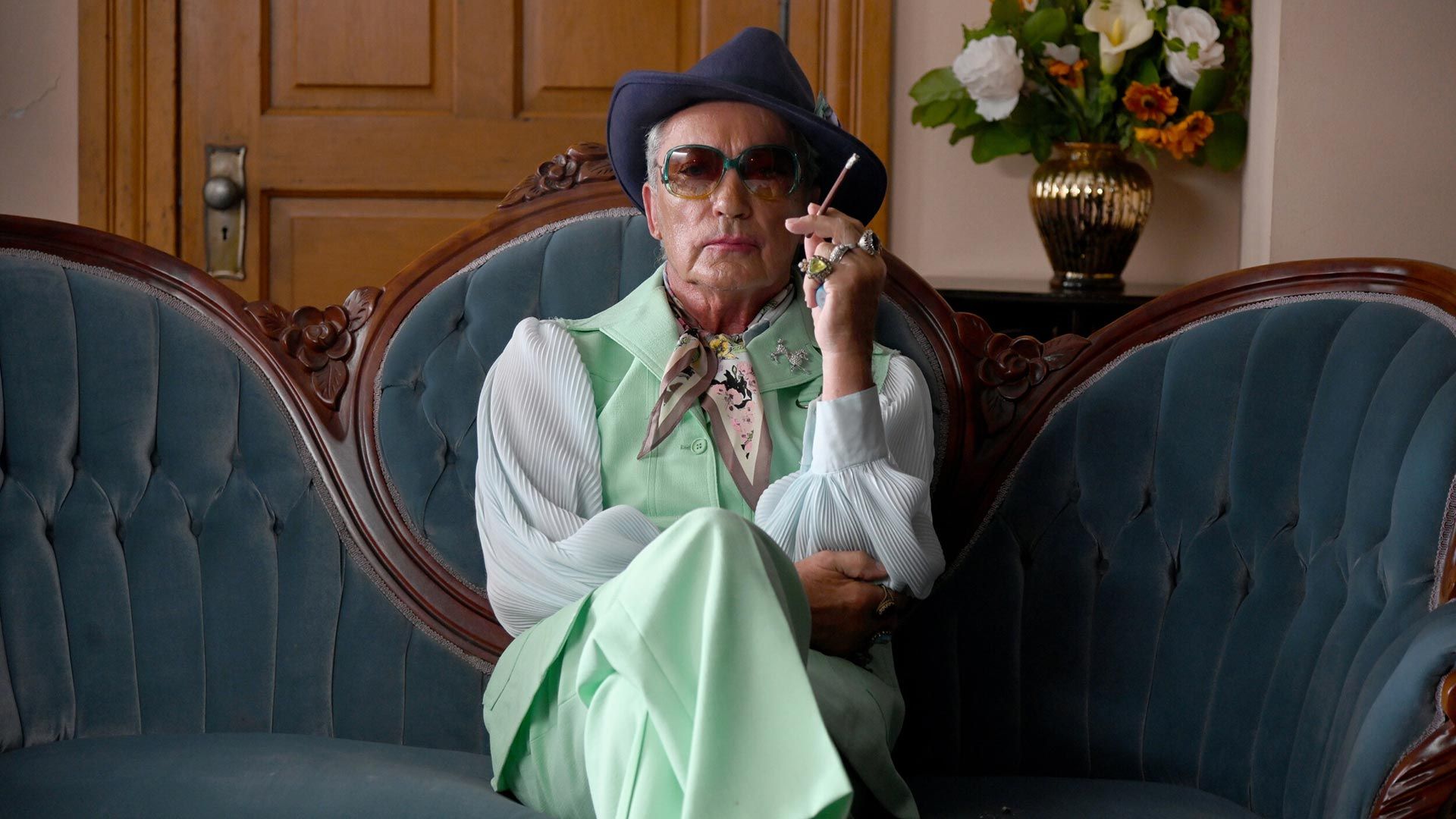 Udo Kier is a veteran character actor that’s been working for half a century. His latest film, ‘Swan Song,’ finds him collaborating with director Todd Stephens and playing an elderly former hairdresser known as Mr. Pat. Kier recently talked to us about his work on the movie.

Moviefone: Could you talk about how you became Mr. Pat for this movie?

Udo Kier: I got a script from Todd Stephens, and I liked the script very much. And then I said, "Okay, I want to meet you" because I wanted to see if we had the same ideas. And he came and it was a nice afternoon. I live in Palm Springs. So he came to Palm Springs. And so I liked it. And he agreed on certain terms that I am not going to be over the top and I don't want to act. I mean, an actor is an actor, but I didn't want that people feel that I'm "acting." And then I went to Sandusky and I wanted to live two days in my retirement room with no camera before the film started, because I wanted to feel everything and stand by the window, look up, but before somebody tells me what to do.

And that was good. Then we started shooting, and I said, "Please, I would like to shoot chronologically as much as we can," which we did. And I was sitting there folding my napkins to get to time go by. And then my only friend was a woman in a wheelchair, who doesn't talk at all. And that's the first time when I touch her hair and give her a cigarette. And then I went out to Sandusky and I said, "I don't want to see the graveyard. I don't want to see the stone, with my name on it," before the camera ran. I was looking at other people's name, and then I saw Todd making a little wave. And I came in, and I saw the stone, the gravestone, for the first time. And also my name and that was what we would call it and my feelings, because of what you saw and that.

I've worked for years with Lars Von Trier and his favorite line is, "Don't act." And he says that even when we made 'Dogville' with Lauren Bacall, Ben Gazzara, James Caan, Nicole Kidman, he told all of us, "Don't act". And he is a friend of mine, of course because we made 10 films together. And so I didn't want to “act” in a story.

I had a good time, and I don't know if you've been to Sandusky, it's one street, at the end is the water where people take the ferry boat to the amusement park. And the whole street became the set. There was on the right-hand side, was the woman who gave me the suit, on the left side, was the theater where I opened the film, Pat is back.

But there was no star system. There was people in 18 days making a movie, which was, of course, the dream of Todd Stephens because he lived there, and he had known of Mr. Pat. And I talked to his friends, and they told me how he smoked with the hand like that. How he walk, how he did little movements. And I said, "Really? Wow!" and I did it.

And then of course the music, My God, that scene in the wheelchair, all the cars behind me and the music, "I did it my way" I mean what can be better? But Todd didn't tell me that a chandelier on my head will be lit up. And then when we did the scene it was all of a sudden lit and I said, "Wow, all the electricity around my neck and everywhere. It's that, that's why it's called 'Swan Song'?" And it fell down, of course. And of course in the hospital, the first thing I do is look that my green suit is there. And I like that line in the elevator, "I'm late for my funeral."

MF: Over the years that you've worked as a film actor, as the technology has changed and as the business has changed, how has that affected what you do and your work?

Kier: Well, I adapt myself. I mean, it was when I made films 50 years ago, there wasn't a monitor, there weren't actors looking at what they just did, which I don't do, even today.

MF: Did you have other choices for that pantsuit, or did you have to go with the one that really brought out your eyes?

Kier: No, the costume woman, she's very good. And I am in every film, I work very, very close to the costume because I have to wear it. And then it's my character and my person. And for me, it was basically clear that I said, when I saw the green suit, that I'll wear that, and it did fit. And I said, "That's the only costume I want to wear until I die." And I did.

MF: There's a moment right at the beginning of the film, we see Mr. Pat onstage in the fur coat, says "I'm back." And then he wakes up, and am I misinterpreting that there's almost a look of disappointment on his face to wake up in the retirement home?

Kier: No, the scene in this theater was not in the script. And I wanted it because I remember that I had seen many years ago, Liberace in Las Vegas, and Liberace came to the audience and holds out all of his rings, diamonds, and he went to the audience like that, [holding his hands out] and then he said, "You paid for it!" I'll never forget that. So I said to Todd, because this theater where that happened was actually our costume place. So I said, "I want to come out that curtain and say, 'Hi, I'm back. I'm Mr. Pat.'" So we did it. And I said, "You know,if you don't like it, you can throw it away." But the editors liked it and just thought it was a great opening moment before I opened my eyes. Because I remember the theater and Mr. Pat.

MF: How heavy was the chandelier on your head?

Kier: Not heavy. And I was concentrating, singing, "I'm in the corner, seeing you kiss her. No, no, no." It was the kind of, if you concentrate, you can have much more weight on your head than when you would have normally said, "Oh no, that's too heavy."