‘Karma’s World’ is a new animated series on Netflix about a young girl who dreams of becoming a hip-hop superstar. The series was created by real-life hip-hop superstar Chris “Ludacris” Bridges. Bridges recently talked to Moviefone about his new series. 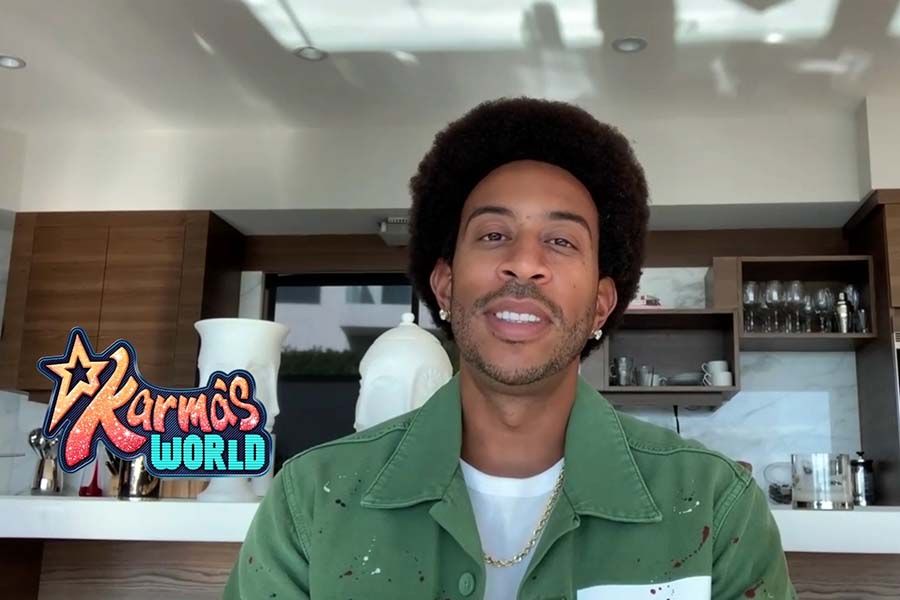 Moviefone: How did the concept of ‘Karma's World’ come about?

Chris "Ludacris” Bridges: The concept of ‘Karma's World’ came about because my now oldest daughter when she was six years old, she used to barge into my home studio where I recorded songs from albums that everyone knows about. She said, "I want to rap too. Daddy, I want to rap." I'd always kick her out, and she would always come back in. It made me sit her down and talk about if she wanted to do music, she had to talk about what goes on in her life, in her world because daddy talks about what goes on in his life. It occurred to me that there wasn't that much children's music that I felt like sounded current, stuff that could compete on the Billboard 100. Not only that, just positive music because a lot of kids, as we know, they like to sing along to the adult stuff.

From there we just started making website characters, songs, and all these different things. Now here we are man, 13, 14 years later, after going through so many different phases perfecting this. That is what inspired this ‘Karma's World.’ As long as it took, I feel like it's going to be even more successful, and lasting, and the impact that it's going to have on the world, so long time coming.

MF: Absolutely. That is so cool. So Karma aspires to be a rapper who changes the world through her music. What kind of impact and influence does music really have in the world that we live in?

Bridges: Oh my goodness. Music brings everyone together. That's why I'm so happy that this is going to be in over 191 countries because music is a universal language as we know. That's why I just feel like the music in this is life-changing. I think a lot of kids will be able to relate to it. I think it's just so trendsetting and so new because we don't have anything like it. I don't feel like there's anything that can be compared to it, original music at that.

MF: That's true. I heard your style a little bit in the music too. How much were you involved in the music?

Bridges: Oh yeah. I'm very much well involved. I have a team of people that help me out because it's such a strenuous process. I definitely oversee all the music. I'm definitely involved in the writing process as well. Got to make sure I represent for Karma.

MF: You got to and you did.

MF: What advice do you have for young people? Anybody, who, in regard to them wanting to be something in life and believing in themselves and wanting to live out a dream.

Bridges: This is a good example of me saying this took 14 years for me to do. I would say, think about it in the long game, man. It's all about who wants it the most. Never give up on your hopes and dreams, and continue to work harder and harder at it. Some people are going to give up, but that does not mean that you are that person and, practice makes perfect. I just feel like the more you do something, the better it's going to become. Just continue trying to get everything you can, give everything you can. Knowing that if you're helping other people out, then the universe will help you out. It's all about what goes around, comes around.

'Karma's World' is available on Netflix on October 15.