The actors also talk about working with Cameron Boyce on his last film.

‘Runt’ tells the story of a group of high school students that turn to violence when their parents neglect to do much about the abuse and bullying taking place at school. The movie was the last film that Cameron Boyce worked on before he died in 2019. His co-stars Nicole Elizabeth Berger, Aramis Knight, and Cyrus Arnold talked to Moviefone about their work on the film, and what it was like working with Boyce. 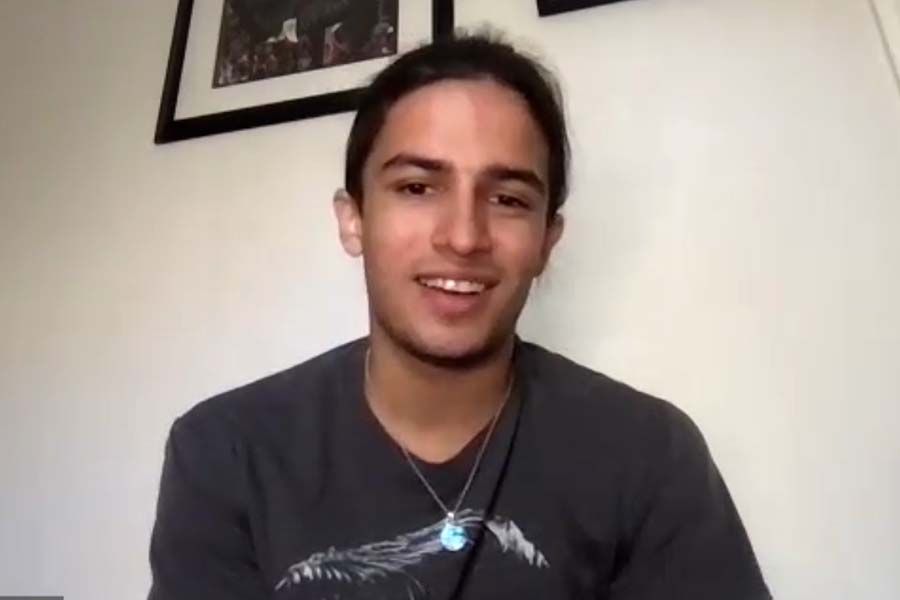 Moviefone: This movie is so important, and it's so emotional because it's Cameron's last movie. And we see him in a completely different role than we're used to seeing him in. I'm familiar with all his other work, I've been on set with Cameron for Descendants. This was so different. We can start with you, Nicole. Tell me a little bit more about this movie and how important it is.

Nicole Elizabeth Berger: I think the film depicts themes that are so relevant, and particularly pertinent to today's society. When kids are living with fractured families, they feel alone and hopeless in a world that's frankly very confusing for anyone to navigate, especially at that age. And the film highlights the troubled youth, and just how easy it is to go down the wrong path, and how difficult it is to come back from that. They have no one to turn to, to guide them in their decision-making, and so they resort to violence and aggression.

MF: Well, Cecily and Cal, they're being bullied. And then they also don't have strong parental guidance at home.

Berger: Not at all.

Berger: They're not being active participants in their life. I think Cecily definitely cares about her father, and tries to protect him too, but they're practically nonexistent.

MF: And Aramis, you are the bully in the movie. And I'm going to guess, since I don't know you, but I'm pretty sure you are not a bully yourself in real life. So how difficult was it for you to be in this role?

Aramis Knight: It was somewhat difficult. I think, beyond the bullying nature of Vic, he's quite abusive, actually. I think it goes beyond bullying. He really has no regard for anybody around him, and if he can propel himself forward by pushing someone else down, he will absolutely do that.

It was a lot of fun to let go and be able to just be an asshole for a month or two. But I wanted to be very respectful of the other actors on set to let them know, this isn't me. I'm here for you. I pride myself on being a giving actor, and I wanted them to know, even though maybe we're exploring abusive scenarios, at the end of the day, when we say cut, I'm there for you, you're here for me, and we were able to keep a really open line of communication. I think that's why we were able to depict it so realistically while still maintaining our friendships.

MF: I read somewhere that Cameron went method for this, so at home, with his parents, he distanced himself, et cetera. So were you able to just be this bully and then just turn it off?

I think there were certain days where I was able to take a load off, but a lot of the days, I'm sure, Nicole and Cyrus could account for this, we wouldn't speak, or we would keep a bit of physical distance, just for, I think, tension on screen. It was important to at least respect what we were doing, and stay in it a bit. And you're right. Cameron did, he did go a bit method for this. I remember days where he would show up to set, and his vibes would just be off, and then it would make a lot of sense once we got to work because, Cal's vibes were off 99% of the movie. I think we were all very committed to realistic on-set relationships.

MF: And Cyrus, Borgie is also somebody who is being bullied. He's not the bully. So describe Borgie and his relationship with Cal.

Cyrus Arnold: Borgie is Cal's best friend, and they have a very close friendship. Borgie's bad habits have fizzled out that friendship slowly in a very painful way for Borgie, and he's very upset about that. I actually think that Borgie is a dark reflection to the bullying that he receives, because even small things about like when him and Cecily and Cal are walking down the hallway, and they'll say something very rude to Cecily, it's obviously like he's reflecting that inner turmoil that he's given at school.

MF: We never get to see Borgie's parents, and I feel like Borgie maybe is handling the bullying a little bit better than Cal. Is there a backstory to Borgie? Did you create one?

Arnold: I don't know. I feel like Borgie ain't doing the best job of handling the bullying. But I hear you, definitely. Yeah, there was a backstory, one that I talked about a little bit with Billy, our director. We more so focused less on what is the history behind Borgie, and more so what happened to Borgie right before this? What is Borgie thinking, that he's going to have to make this horrible decision? And that was really cool. But definitely, I think Borgie's mom, it's indicated in that movie that he only lives with his mom in this pretty bad trailer, and she has a gun.

Berger: Nothing that I can pinpoint directly on set about what he shared with me. While the foundation's primary focus at the moment is curing epilepsy, it's also very active in areas that Cameron was passionate about. And one of the main areas was gun violence, which is right at the heart of our film. So it was definitely near and dear to what he stood for, what he promoted, and what he believed in. And that was evident in the work he put out, for sure.

MF: Aramis, what was it like having Cameron as a scene partner?

Knight: It was amazing. Both of us started in the industry very young. We probably met when we were 10 years old, maybe less. And it was really cool to reconnect with him. We hadn't really stayed in touch too much. We were friends as kids, and our parents are friends. But then, after we did this film together, we became quite close. And I was very privileged to be a pretty big part of his life in his last days.

We were both very passionate about basketball, so we'd get in trouble for sweating up our costumes on lunch breaks. We were at a high school and the gyms were open, so we would go ball up in between scenes. He's an incredible actor. He's very giving, he's very seasoned. I consider myself to be a seasoned actor as well, just having been in the industry for so long. And I think we were really able to play off of each other, being very similarly aged, both having very similar interests, and also, having grown up together, I think we had a real trust in each other. We knew that we could make something really special. And I think we did.

MF: Cyrus, what do you hope that the discussions are after people watch this movie?

Arnold: What people will talk about after walking away from it? I hope they talk about the lack of communication between parents and kids and how that can lead to kids making some pretty horrible decisions. I hope people talk about some of the corrupt school systems a little bit, which Aramis pointed out earlier. I think those are two big takeaways from the movie. And also how a lack of guidance from good parents can not only lead to the kids making some violent decisions, but it could also lead to some bad habits in adulthood, and that kind of stuff.

'Runt' is currently in select theaters and will be On Demand and Digital on October 19.