A love letter to the San Fernando Valley of the early 70s, writer/director Paul Thomas Anderson delivers a very touching film with Oscar-worthy performances from both Alana Haim and Bradley Cooper. 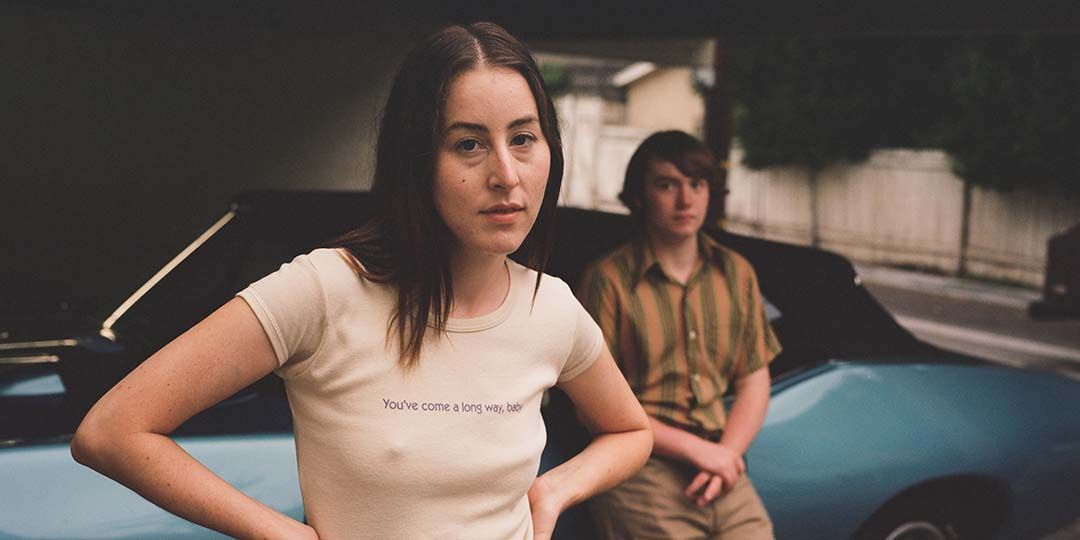 Opening in theaters on November 26th is acclaimed filmmaker Paul Thomas Anderson’s ninth feature film, ‘Licorice Pizza.’ The movie fallows the story of a teenage actor growing up in the San Fernando Valley in the early 1970s, who falls in love with a twenty-five-year-old woman while working together on several different business ventures over the course of a summer. The movie boasts an excellent cast including musician Alana Haim (from the rock group Haim), Cooper Hoffman (son of the late Philip Seymour Hoffman), Benny Safdie (‘Good Time’), Bradley Cooper (‘A Star is Born’), Tom Waits (‘Seven Psychopaths’), and Oscar winner Sean Penn (‘Milk’). The result is Paul Thomas Anderson’s unique version of a romcom, a brilliant and tender film about growing up, with Oscar worthy performances from both Alana Haim and Bradley Cooper.

The film begins by introducing us to Gary Valentine (Hoffman), a 15-year-old actor and entrepreneur living in Encino, California in the early 1970s. He soon meets Alana Kane (Haim), a 25-yeard old woman working dead-end jobs with no plans for her future. Gary professes his love to Alana right away, who of course rejects him due to his age, but the two become fast friends. Throughout the summer, they audition for films together, start a waterbed company, and even work for Joel Wachs’ (Safdie) mayoral campaign. They also meet several celebrities including actress Lucille Doolittle (Christine Ebersole), actor Jack Holden (Penn), director Rex Blau (Waits), and Barbara Streisand’s boyfriend, Jon Peters (Cooper). As their friendship grows, each becomes jealous of the other when they both begin dating people their own age, and this tears a rift in their relationship and businesses together. Eventually, they both realize how much they truly care for each other.

I’m a big fan of Paul Thomas Anderson, and remember seeing ‘Magnolia’ for the first time and thinking, “Someday, this guy is going to make the great American movie, but this isn’t quite it.” Then, less than ten years later, I watched ‘There Will Be Blood’ and said, “Wow, he did it. He made the quintessential American film.” Paul Thomas Anderson is one of the greatest directors of my lifetime, right up there with Quentin Tarantino, Spike Lee, Christopher Nolan, Wes Anderson and the Coen Brothers. ‘Licorice Pizza’ is one of Paul Thomas Anderson’s best films, right up there with ‘There Will Be Blood,’ ‘Boogie Nights and ‘Inherent Vice.’ It’s basically Anderson’s version of a romantic comedy, and a sort of modern day ‘Harold & Maude.’ While the difference in age between Gary and Alana is problematic, Anderson handles it in such a sweet and innocent way that you almost forgive the filmmaker for even “going there.” It also helps that Alana rejects Gary’s attempts at love throughout most of the film.

‘Licorice Pizza’ also marks the second time this year we’ve seen the son of a late actor taking on a role that their father might have done had they been alive and age appropriate. We saw this first when James Gandolfini’s son Michael played a young Tony Soprano in ‘The Many Saints of Newark,’ and now with Cooper Hoffman, whose late father, Oscar winner Philip Seymour Hoffman was a constant collaborator with Anderson. I have to admit that through most of the movie I did not like the character of Gary and found him to be annoying, but I think that was the point. I’d compare him to Jason Schwartzman’s character in ‘Rushmore.’ So, in that sense, Hoffman did a great job creating a very irritating character that you don’t really care for through a majority of the movie. But what the young actor does that is truly incredible is that he turns you around before the end of the film and makes you feel sympathy and really root for his character. You should definitely keep an eye on Cooper Hoffman, I think he is going to have a long career.

But the big discovery in ‘Licorice Pizza’ is the brilliant and layered work done by musician turned actress Alana Haim. She absolutely lights up the screen and steals every scene she is in. She carries the weight of the film and gives one of the best performances of the year. The actress is absolutely commanding in the movie and has fantastic chemistry with Hoffman. Haim definitely deserves an Academy Award nomination, and in a very tough year, I hope she will not be forgotten. She’s fun, smart, tough, vulnerable, and makes it all look effortless. It’s also worth mentioning that Haim’s real-life sisters and bandmates play her sisters in the movie, and their real-life parents also have roles as their parents.

Bradley Cooper gives an Oscar worthy and very funny performance as an out-of-control Jon Peters. He’s not in a lot of the movie, but just enough to be considered for a Best Supporting Oscar nom. But I did find it interesting that Anderson chose to change a lot of the celebrity’s names, like Lucille Ball is now Lucille Doolittle and William Holden is Jack Holden, but he didn’t change Jon Peters’ name, and I’d be curious to know why, especially since he is the only “real person” that comes off looking bad in the film. Sean Penn is also very strong as Jack Holden and has some fun scenes with a motorcycle and Tom Waits, who is clearly channeling John Huston. There are also some really fun cameos including Anderson’s wife, Maya Rudolph, comedic actor John Michael Higgins, Sasha Spielberg (daughter of Steven) and George DiCaprio (father of Leonardo).

While the movie is supposedly loosely based on the childhood of Tom Hanks’ producing partner Gary Goetzman, Anderson also grew up in the San Fernando Valley in the 70s and clearly put some of his own experience in the movie. The director also captures the feeling of the 70s perfectly, a changing time both culturally and politically, which the film reflects, especially with the 1970s gas crisis looming in the background. In the end, Paul Thomas Anderson has delivered another masterpiece with ‘Licorice Pizza,’ an entertaining, funny, and sweet film about the fleetingness of youth and love, in a love letter to his own youth and the city he loves.

Alana Kane and Gary Valentine grow up, run around and fall in love in the San Fernando Valley, 1973. Read the Plot