The writer of ‘Magic Mike’ and the film’s star discuss their new movie, which they co-directed together and opens in theaters on February 18th. 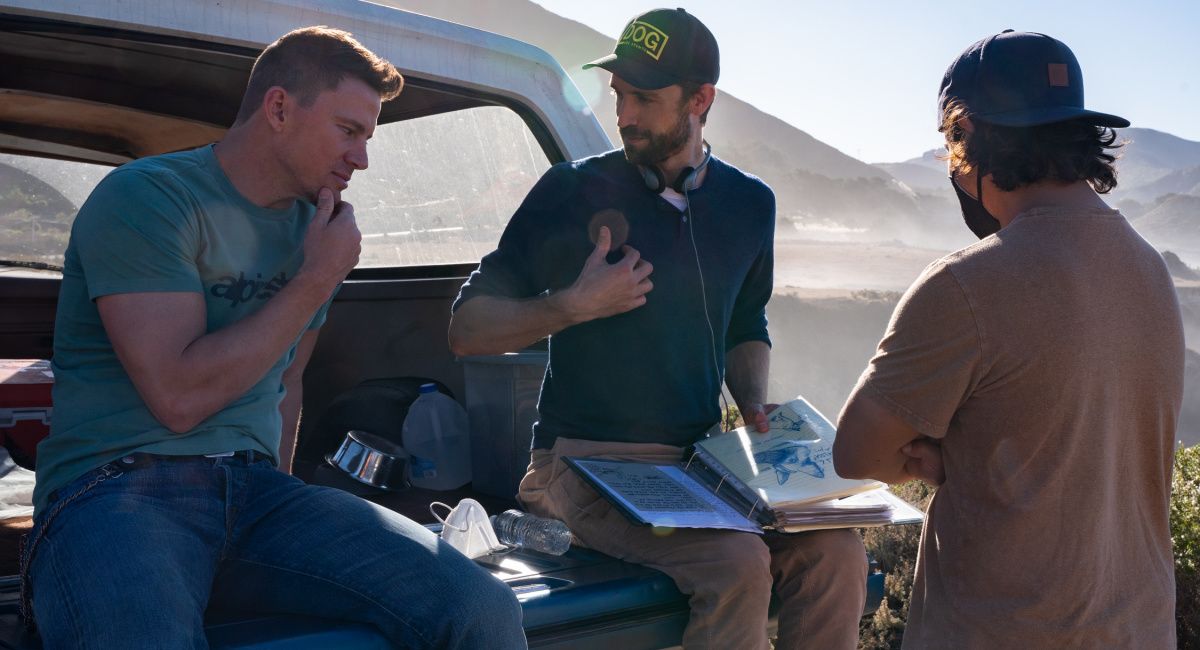 Opening in theaters on February 18th is the new comedy ‘Dog,” which stars Channing Tatum and was co-directed by the actor, and the writer of ‘Magic Mike,’ Reid Carolin.

The film follows U.S. Army Ranger Briggs (Tatum), as he travels down the Pacific Coast with a Belgian Malinois military working dog named Lulu, in time for her to attend her handler’s funeral in Arizona.

We recently had the pleasure of speaking with Channing Tatum and Reid Carolin about their work on ‘Dog.’

You can read the full transcript of the interview below or watch the video in the player above.

Moviefone: To begin with, Reid, can you talk about why this was the movie you wanted to make as your directorial debut?

Reid Carolin: Well, it was a long time coming for us to direct a movie together. We've been wanting to do it for a long time. One of the things we learned in that process, which took many years was that it's really true, it's better to create what you know. It's better to creatively go into your backyard to find the things that are really instinctively clear to you so that you don't have to think about them too much.

A road movie was something that Channing and I wanted to do. There were things that we do in our spare time, like going on road trips and adventures with our dogs. We also wanted to honor our relationships with our dogs. Channing in particular had a really beautiful and heartbreaking story, that was the end of his story with his dog.

But we really wanted to shine a light on the bond that they had and the adventures that they had together, really at the beginning of their relationship. I felt a bond with my dog. So those were important attributes of the film. Then also the community of Army Rangers that we met making a documentary for HBO called ‘War Dog.’ We wanted to shine a light on the incredible bond between these guys and their dogs, where the line between animal and human gets really blurred.

You start to realize that the word dog or animal doesn't really encapsulate what these beings are. They're like brothers, sisters, family members, and they're really humans. So, it was important for us to take people on that type of a journey, seeing a dog as a dog, and then discovering they're so much more than that.

MF: Channing, making a movie with a dog can be difficult. Was this a challenging film to shoot?

Channing Tatum: Yeah. There was a lot of things that I think took place that made it only possible. We worked with Andrew Simpson, the most talented and the most premier dog handler. He specializes in Belgians and wolves. He did all the wolves for ‘Game of Thrones’ and all the Belgians in ‘John Wick.’

These dogs are very specific. They're not like other dogs. They just aren't. That's why they're used in the military. It's why they're used in police work and things like that. They're very delicate in a way that you need to know their personalities and what they're capable of to be able to use them safely. But our dogs were superheroes.

We had three of them on the movie and Brita was our hero dog. We got them at a time where we were about to start shooting in the two weeks before the pandemic, and we got to shut down. All of our dog handlers on Andrew's team, took their dogs to their homes for the entire pandemic and kept working with them. Then I would work with them as soon as the pandemic was done and leading up to our movie.

So, I think by the end of it, we almost had a year before we actually went to picture, and we really needed it. We needed to understand these dogs on a really intimate level to be able to get the performances that we got out of them.