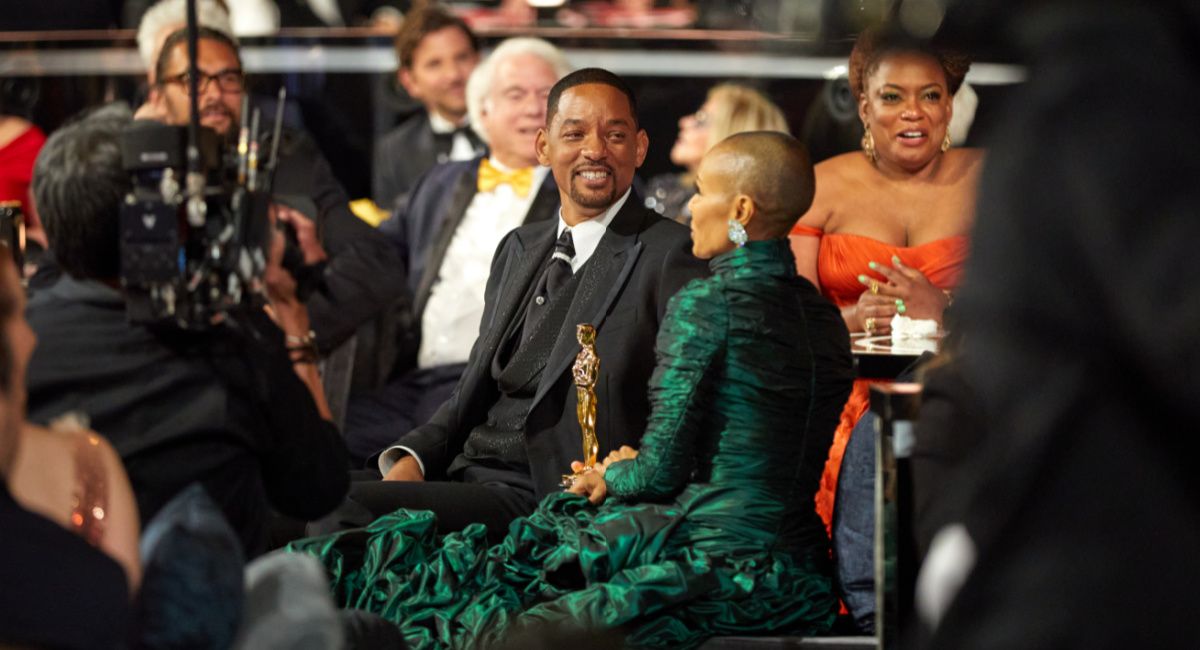 Will Smith and Jada Pinkett Smith during the live ABC telecast of the 94th Oscars® at the Dolby Theatre at Ovation Hollywood in Los Angeles, CA, on Sunday, March 27, 2022. Photo Credit: Al Seib / A.M.P.A.S.

The ramifications of Will Smith slapping Chris Rockat last weekend’s Oscars continue to reverberate. And now the Academy of Motion Picture Arts and Sciences, which oversees the awards, has made another statement about Sunday night’s incident and its response.

Following up its plan to convene a meeting of the Academy’s board to discuss the matter, the group outlines what steps it could take to sanction Smith for his actions on the night.

“The Board of Governors today initiated disciplinary proceedings against Mr. Smith for violations of the Academy’s Standards of Conduct, including inappropriate physical contact, abusive or threatening behavior, and compromising the integrity of the Academy.

“Consistent with the Academy’s Standards of Conduct, as well as California law, Mr. Smith is being provided at least 15 days’ notice of a vote regarding his violations and sanctions, and the opportunity to be heard beforehand by means of a written response. At the next board meeting on April 18th, the Academy may take any disciplinary action, which may include suspension, expulsion, or other sanctions permitted by the Bylaws and Standards of Conduct.

“Mr. Smith’s actions at the 94th Oscars were a deeply shocking, traumatic event to witness in-person and on television. Mr. Rock, we apologize to you for what you experienced on our stage and thank you for your resilience in that moment. We also apologize to our nominees, guests and viewers for what transpired during what should have been a celebratory event."

Will Smith accepts the Oscar® for Actor in a Leading Role during the live ABC telecast of the 94th Oscars® at the Dolby Theatre at Ovation Hollywood in Los Angeles, CA, on Sunday, March 27, 2022. Photo Credit: Al Seib / A.M.P.A.S.

It went on to remark that attempts were made to have Smith leave the Dolby Theater in the immediate aftermath. “Things unfolded in a way we could not have anticipated,” continued the statement. “While we would like to clarify that Mr. Smith was asked to leave the ceremony and refused, we also recognize we could have handled the situation differently.”

That has led to much outrage and mockery online about the response, which is being widely seen as inadequate.

Rock, meanwhile, hasn’t made a formal statement on the matter, but took to the stage for a stand-up show in Boston Wednesday evening and addressed the matter.

“How was your weekend?” he said, winking, drawing a wave of laughter. “I don’t have a bunch of [expletive] about what happened, so if you came to hear that, I have a whole show I wrote before this weekend. I’m still kind of processing what happened. So, at some point I’ll talk about that [expletive]. And it will be serious and funny.”

And, at his second show, Rock revealed that despite earlier reports of a rapprochement between Smith and the comedian, there hasn’t been contact. “I haven’t talked to anyone despite what you may have heard,” he told the audience.

While Smith apologized to the Academy and the audience during his speech upon winning Best Actor on the night, and then to Rock via Instagram, this is one incident that seems destined to keep making news for a while to come.