Tom Cruise’s Ethan Hunt Must Pick a Side in the First Teaser for ‘Mission: Impossible – Dead Reckoning Part One'

Stunts! Swords! Sandstorms! The first look at the movie is all action with just a hint of plot. 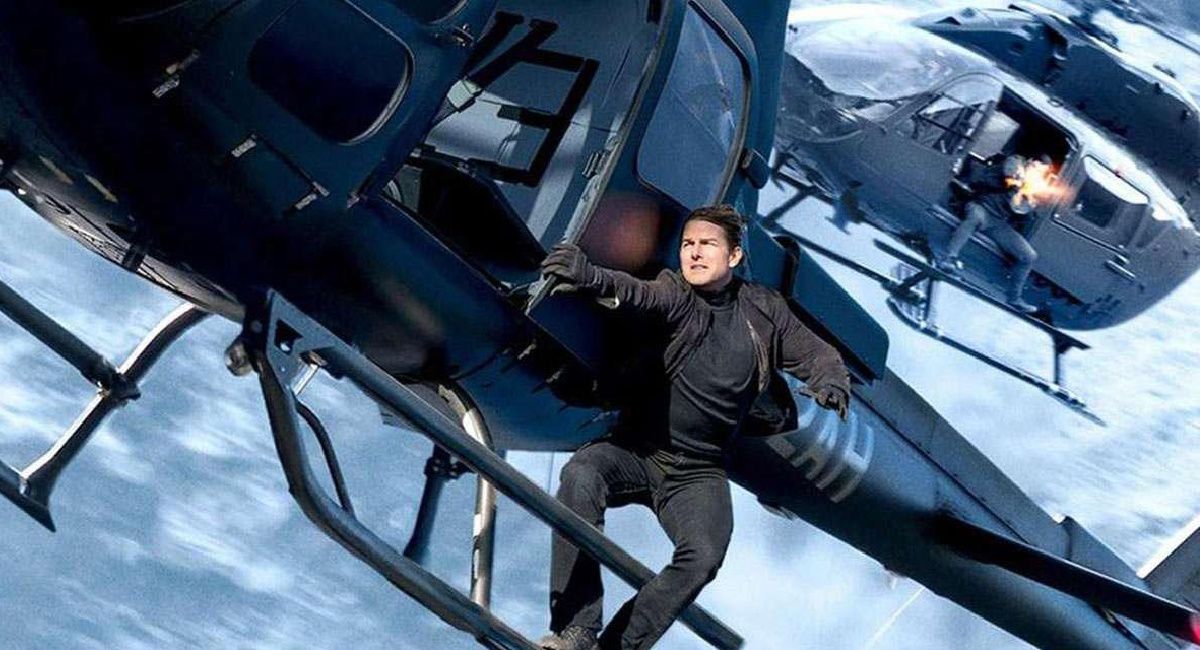 Given that between them, the next two ‘Mission: Impossible’ movies might – heavy emphasis on might – represent the end for the venerable action franchise, the biggest takeaway from this first teaser for the seventh outing suggests that it has legacy on the brain.

Released not-so-coincidentally the same week that sees ‘Top Gun: Maverick’ hit theaters, the initial glimpse of ‘Mission: Impossible – Dead Reckoning Part One’ goes all in on Tom Cruise doing what he does best… risking life and limb for the benefit of cinema viewers.

But even beyond the presence of Eugene Kittridge (Henry Czerny), who hasn’t been seen since the first ‘M:I’ movie back in 1996, there are little nods here and there towards that original film. Not the least of which is Cruise once more battling baddies on a train (though it’s a much more old-school steamer than the sleek Channel Tunnel vehicles seen in the original).

Completely new this time are Hayley Atwell’s Grace, plus Pom Klementieff, Indira Varma, Mark Gatiss, Rob Delaney,Charles Parnell (who will also be seen opposite Cruise in the new ‘Top Gun’) and Esai Morales, who was drafted in to replace Nicholas Hoult as one of the movie’s villains, after the latter had a schedule clash due to the movie’s many delays.

‘Dead Reckoning’ represents possibly the biggest challenge yet for Cruise and writer/director Christopher McQuarrie, who have collaborated on the last few ‘Mission: Impossible’ movies. They had to navigate a tricky, ever-changing shooting plan because the pandemic either cancelled or interrupted production. And then there’s wrangling with their own achievements – how do you top the level of stunts that they and their team have collectively pulled off in the past? The answer for Cruise, at least, appears to be even more derring-do, jumping off a bike that is itself falling off a huge cliff. Letting a train speed off another cliff. And breaking the story across two movies? That’ll lead to a more narrative cliff-hanger. These two like cliffs, is what we’re saying.

Story-wise, there’s not much to go on yet, though Kittridge certainly looks to be giving strong villain vibes, telling Ethan Hunt he’s effectively on the wrong side of history and that the “ideals” he’s been fighting for don’t exist. There are shots of people being gassed with a mysterious green substance, explosions and all manner of chases. Hunt, in his encounter with his old nuisance, mostly looks like he wants to blow up another fish tank…

‘Mission: Impossible – Dead Reckoning Part One’ will be in theaters on July 14th, 2023.

‘Mission: Impossible – Dead Reckoning Part One’ will be in theaters on July 14th, 2023.