Everly Carganilla and newcomer Connor Esterson are playing the kids from the title. 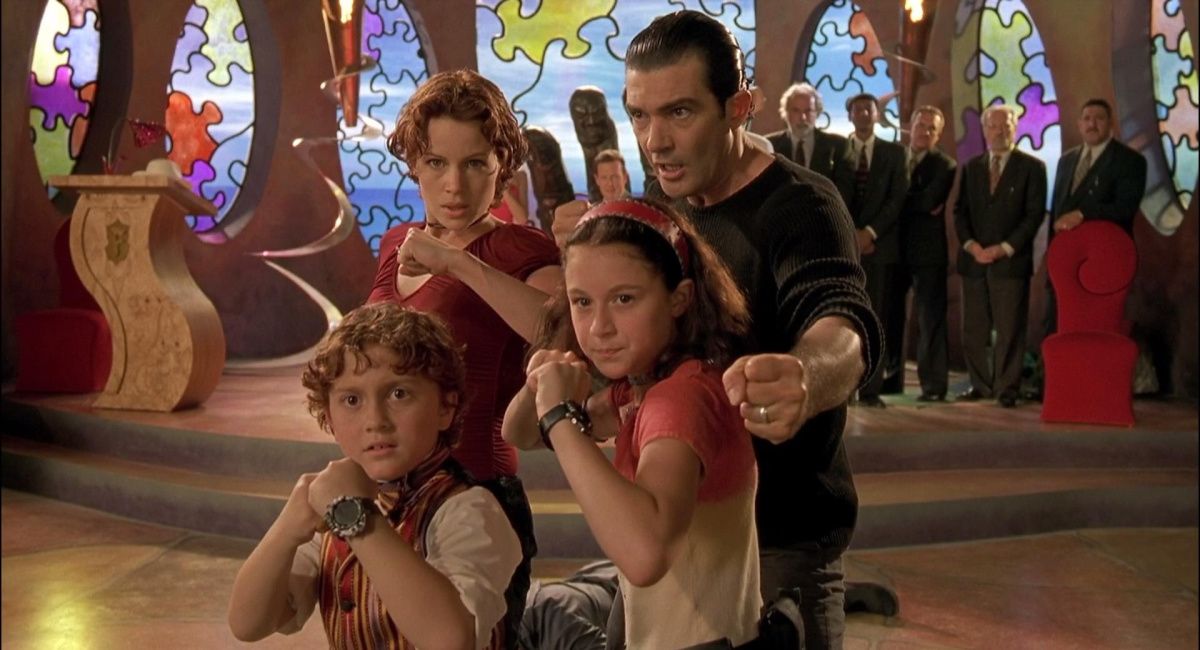 Way back in 2001, Robert Rodriguez broke into the family film market with ‘Spy Kids’, which starred Carla Gugino, Antonio Banderas, Alexa Vega, and Daryl Sabara in the story of kids who have to become spies to help their secret agent parents with a world-troubling threat.

The success of that film built a franchise that included three movie sequels and a TV spin-off, plus a variety of other media. We’ve known that he’s been planning to return to the ‘Spy Kids’ universe for a reboot and he’s now locked in the main cast to make up his new secret agent family.

This latest ‘Spy Kids’ chapter is set after the children (Carganilla and Esterson) of the world’s greatest secret agents (Rodriguez, Levi) unwittingly help a powerful game developer unleash a computer virus that gives him control of all technology, leading them to become spies themselves to save their parents and the world. Rodriguez wrote the script with his son, Racer Max, who will also be a producer on the movie.

With the new movie, it’s a whole new chapter in the story – there’s no word yet whether any of the previous cast will show up either in this movie or any potential sequels.

And unlike the previous films, the latest ‘Spy Kids’ falls under Rodriguez’s deal with Spyglass, Skydance and Netflix, and will premiere on the streaming service. It follows Rodriguez’s previous movie for Netflix, 2020’s ‘We Can Be Heroes’, and the previous ‘Spy Kids’ franchise small-screen spin-off ‘Spy Kids: Mission Critical’.

From the beginning, Rodriguez’ mission has been to keep his stories diverse. “For me it was a big victory to have the kids in ‘Spy Kids’ be a Latin family,” he said at Comic-Con@Home in 2020. “The studio was like, ‘Why are you making them Latin, though, why don’t you just make them American?” he said. “They are American, they’re based on my family.”

Rodriguez – Gina, not Robert – is still best known for long-running TV series ‘Jane the Virgin’ and has grown her career successfully since that breakout role. She has a busy schedule right now, between new ABC sitcom ‘Not Dead Yet’ and Amazon survival series ‘Last Known Position’. As for Levi, he’ll be back on big screens leading superhero sequel ‘Shazam! Fury of the Gods’, which is in theaters on and was most recently seen as football star Kurt Warner in the biopic ‘American Underdog’.

While Esterson is mostly a newcomer, he did appear in YouTube series ‘Attaway General’. And Carganilla stole scenes as the adorable Maggie in Apple TV+ series ‘The Afterparty’. She’s also been seen in ‘Yes Day’, ‘The Haunted Man’ and, perhaps most appropriately, played the baby version of Gina Rodriguez’s character on ‘Jane the Virgin’.

The new movie has yet to confirm a release date on Netflix.