The stars of ‘Guardians of the Galaxy’ and ‘John Carter’ discuss their new streaming series, which was directed by Antoine Fuqua.

Premiering on Prime Video beginning July 1st is the new action series ‘The Terminal List,’ which is based on the novel of the same name by Jack Carr and directed by Antoine Fuqua.

Moviefone recently had the pleasure of speaking with Chris Pratt and Taylor Kitsch about their work on ‘The Terminal List.’ 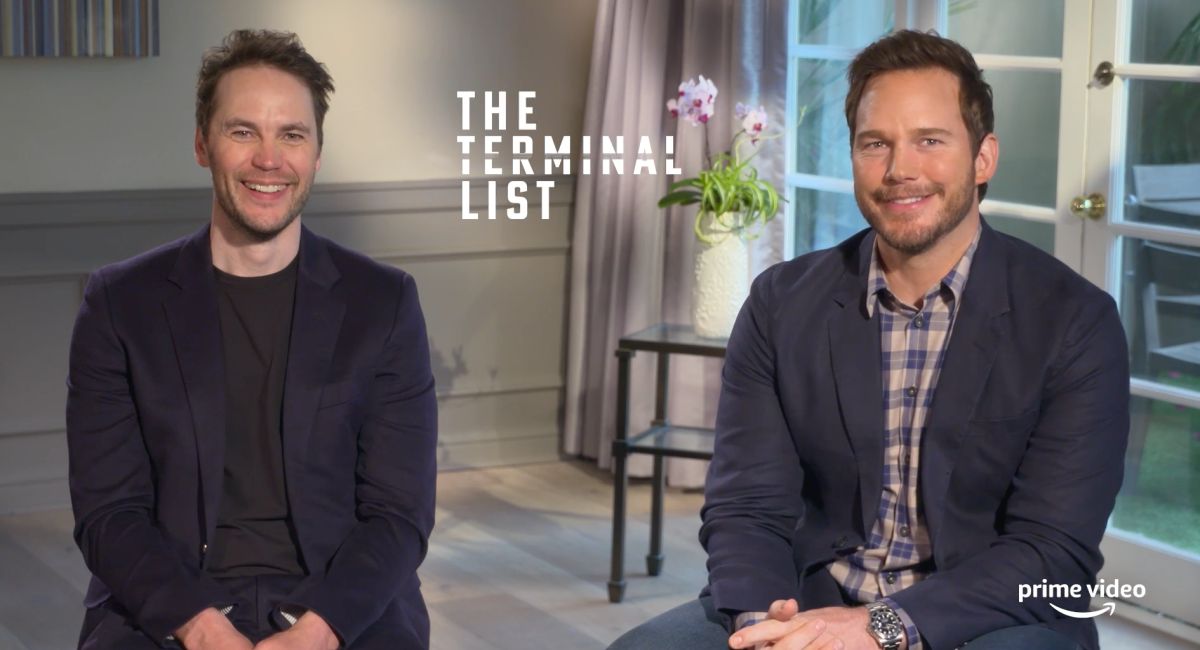 You can read the full interview below or click on the video player above to watch our interviews with Pratt, and Kitsch, as well as Constance Wu, JD Pardo, Jeanne Tripplehorn, JD Pardo, LaMonica Garrett, author Jack Carr, writer David DiGillio, and director Antonie Fuqua.

Moviefone: To begin with, Chris how would you describe the premise of ‘The Terminal List?’

Chris Pratt: Well, it's based on the bestselling novel by Jack Carr. It follows Lieutenant Commander, James Reece, as his platoon of Navy Seals is killed in a covert mission overseas. We follow him home and realize that his memories of the event are conflicting with reality and that he is in a way, an unreliable narrator to his own story.

As his paranoia starts to mount we question whether or not he's in the middle of a conspiracy or whether he's losing his mind. So, it's a psychological thriller that will really keep you guessing. It's got incredible action, wonderful performances, it's truly designed to honor the Navy Seal community, and we did our very best to bring this be bestselling book to screen.

MF: Taylor, did you read Jack Carr’s book before shooting the series?

Taylor Kitsch: I did not. No, I used the script as my Bible, more or less for Ben. Then of course I reached out to Jack Carr, which he couldn't have been more inviting to talk about Ben. I think the most important part is really him giving me the reign to make it my own. I know this community pretty well, we’ve both played Navy Seals before, and to entrust me with that is very empowering. So, I was very flattered by it.

MF: What kind of training did you go through to prepare for ‘The Terminal List?’

CP: I mean, there's physical training to get yourself in shape, so that you look like somebody who could be a Navy Seal. But granted, the only homogeny amongst this group of men is typically their grit, their fortitude, and their determination. But there are tall ones, short ones, kind of chunky ones, and skinny ones too. Some of them are in incredible shape, they look like they're CrossFit gods and other guys who just are a little unassuming. So, they really come in all shapes and sizes.

The choice was to give yourself a physicality that would be believable if you were a Navy Seal. But most of the training that you really can't fake is tactical training. Being able to hold a weapon system, transition between one weapon to another, shoot a gun without blinking your eyes or flinching, knowing how to hold a gun and where to hold your eyes, and how to walk into a room or turn around a corner or those types of things.

So, we both went through extensive training under the guidance of several Navy Seals that we hired as tech advisors and that we surrounded ourselves with so that we could be authentic in our movements. Oftentimes we'd do a take and we'd feel really good about it. They'd say, "you know what? Look at this, let's try to fix those things and we'll do it again." We always gave them the room to be honest with us and critical of us, so that we could present these characters in an authentic way that would pass their sniff test. So, that's where most of the training was.

MF: Finally, Taylor what was the most challenging scene for you to perform?

TK: I think the tactical part, to be honest. The beauty of this action is its story driven. It's not violence for the sake of violence. You finally get to see these two guys in a whole different realm, serving each other, and working with each other through these different spots, indoor, outdoor, and even getting shot in the process and what that looks like. So, just figuring that out with the Seals and with Chris and again, keeping it as authentic and grounded as you can.