‘The Kissing Booth’ actress discusses her new fantasy action film, which was directed by Le-Van Kiet.

Premiering on Hulu July 1st is the new action/fantasy movie ‘The Princess,’ which was directed by Le-Van Kiet (‘The Requin’).

The movie stars Joey King as The Princess, who after refusing to wed Julius (Dominic Cooper), the sociopath to whom she is betrothed, she is kidnapped and locked in a remote tower of her father's castle. Now, with Julius planning to take her father’s throne, the princess must protect her family and save her kingdom. In addition to King and Cooper, the cast also includes Olga Kurylenko, and Veronica Ngo.

Moviefone recently had the pleasure of speaking with Joey King about her work on ‘The Princess.’ 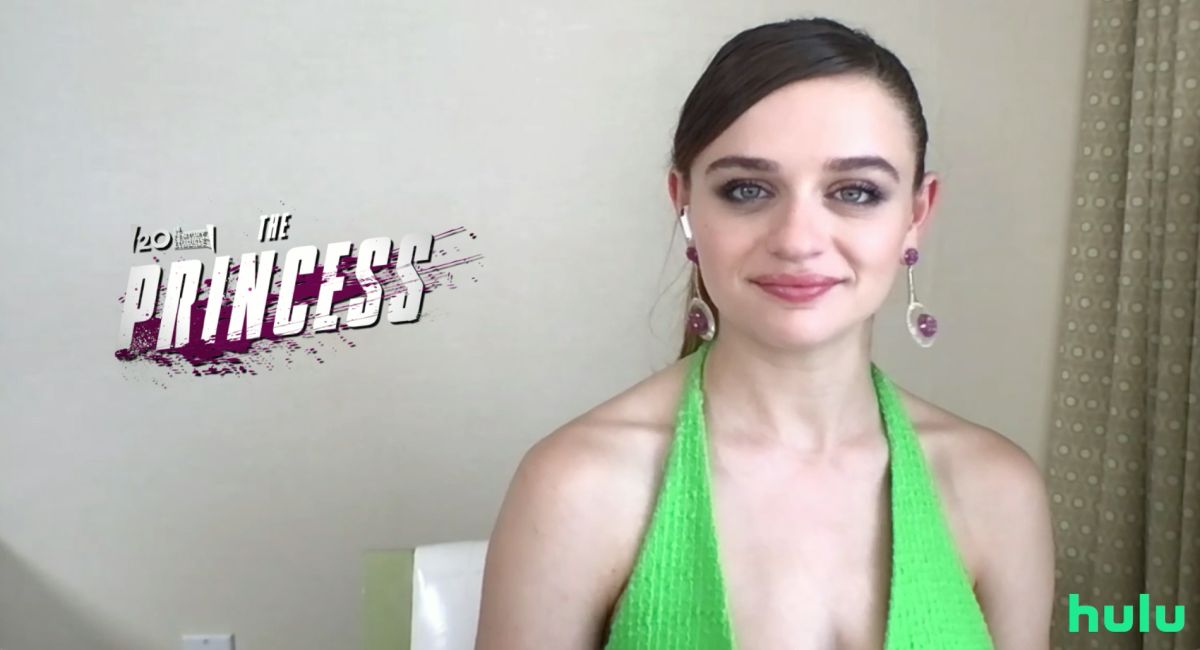 You can read our full interview with Joey King below or click on the video player above to watch our interviews with King and director Le-Van Kiet.

Moviefone: To begin with, how far along in the script did you get before you decide that this was a role you had to play?

Joey King: The minute the fights just started to take off at the beginning of the script. Then I just kept reading and I was like, wow, there is so much action. When you read action, it's very different. It's like you have to picture it in your head while you're reading it and it's a little complicated. So, getting the essence of it while you're reading a script is something that's a little bit difficult, but you can see it playing out.

So, taking on this character was something that when I read the script, I was like, this is going to be, just from reading the script, 92 pages of full action. I am going to have to do a lot of work and a lot of training on this, and that's exactly what I did. I enjoyed every minute of how exhausting that was.

MF: As an actress, what was it like taking on the physical demands of this role?

JK: So actually, it was intended that I would do some of it, but definitely have someone else do most of it. Then when I came in and started training for this, I made it pretty clear that even though I still had no idea what I was doing yet, I had no prior training, that I wanted to get to a place where I was confident enough to do most of the things that I could do. I have to say, I put in so much work and it was so hard, but I had some amazing trainers. Then on top of that, the two girls who were hired as my stunt doubles, were so supportive. They helped train me every day and also, they wanted me to do everything that I could.

They were so supportive, and they were really huge cheerleaders for me in being able to accomplish what I did. I would look to them for advice and help every day, and I'm so grateful for them. I was able to do 90% of what you see in the movie, which was not how it was supposed to be. But I was really stubborn about that and everyone made me feel so uplifted.

MF: Finally, can you talk about the amazing costume you wear in the movie and was it difficult performing the action sequences in that outfit?

JK: What a gorgeous costume. Our costume designer did an amazing job with her team building this dress. It was something that was talked about well before we even started filming. Because when I was training, we had to understand what it was going to be like for me, so that when I walked on set day one, it wasn't a huge rude awakening. So, I was training and fighting in a corset and a long dress. We had to build replicas of it so that I could start training with it in the gym.

So, it was just such an unreal thing to go from training with leggings and T-shirts to then all of a sudden wearing a ball gown. I really loved that challenge of it. I think our costume department did such an amazing job breaking down this dress, making it this cool battle armor, and also making it accessible for me to be able to do my thing in it and still be able to hide back pads, knee pads and different stuff in it. They did an amazing job of making it something that had more uses than just one.