The ‘Thor: Ragnarok’ actor discusses once again returning to play the God of Thunder, reuniting with actress Natalie Portman, and working with director Taika Waititi.

Opening in theaters on July 8th is the fourth film in the MCU’s ‘Thor’ series and a direct sequel to Taika Waititi’s ‘Thor: Ragnarok’ entitled ‘Thor: Love and Thunder.’

Moviefone recently had the pleasure of sitting down and speaking with Chris Hemsworth in-person about his work on ‘Thor: Love and Thunder.’ 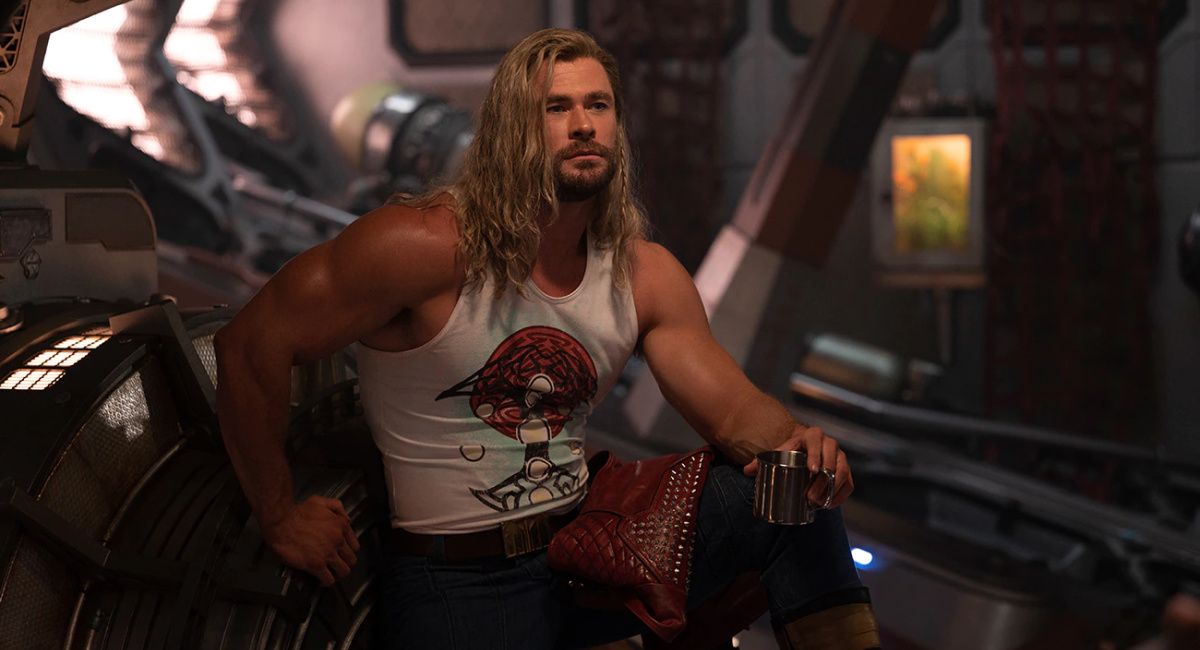 Chris Hemsworth: I'd say, strap in, and get ready for the wildest wacky Marvel adventure you've ever been on.

MF: You've played this character for over ten years now in multiple films, what does playing Thor mean to you personally?

CH: Well, it's paralleled my life. My whole career has been instructed around playing this character and being a part of the Marvel universe. It's an absolute honor and a dream, and it's such a special thing to be able to come back and play the character again, and with a different cast, different directors and trying different things. If you asked me when I first started acting what my dream career looked like, this was well above and beyond anything I could have imagined. So, I'm thankful.

You can read the full interview with Chris Hemsworth below or click on the video player above to watch our interviews with Hemsworth and Natalie Portman.

MF: Can you talk about reuniting with Natalie Portman on this movie and the different dynamic between Jane Foster and Thor this time around?

CH: It was great. I started this journey with Natalie eleven years ago, and now to reunite and see her back dressed like Thor was so impressive. It was fun and unique. It did immediately change the paradigm of the space, and my character and his interaction. That's what you want. You want your fellow actors and actresses to manipulate the scene. You want them to throw something in there that dramatically shifts your interpretation of it, and then it becomes unpredictable and it becomes unique.

She's incredible and so much fun. She is a dear friend of mine. As I said, back on the first film, and we were just talking about this earlier today, she was so kind to me. To think that she'd won an Oscar, she was Natalie Portman, and this was my first job. I thought, I'm going to be fired or replaced at some point. But she was encouraging, supportive, and wonderful. I'm really thankful for that. I think about where it all started and so much of it, I think, the path that I was set on was due to that collaboration.

MF: Finally, after working with him on 'Thor: Ragnarok,' what was the collaboration like on set between you and director Taika Waititi making 'Thor: Love and Thunder?'

CH: It's just about embodying the same thing we did in ‘Ragnarok,’ which is a sense of adventure and fun. If you’d asked a couple of five-year-olds what they wanted to see in a movie, that's what this film is. That was us kind of riffing and throwing more and more ridiculous elements into it.

Again, he's another very close friend of mine and to have that space to experiment, improvise and try different things, often that's a little daunting. You don't know what the director's going to do with that in the edit room and how you're going to look, but I have complete trust and faith in him. It's a safe space to just go for it and I know he's going to have my back.

Russell Crowe and Liam Hemsworth Starring in ‘Land of Bad’