Anthony Mackie is ready to suit up for the new Marvel movie, which will continue Sam Wilson's journey after picking up the shield in 'The Falcon and the Winter Soldier.' 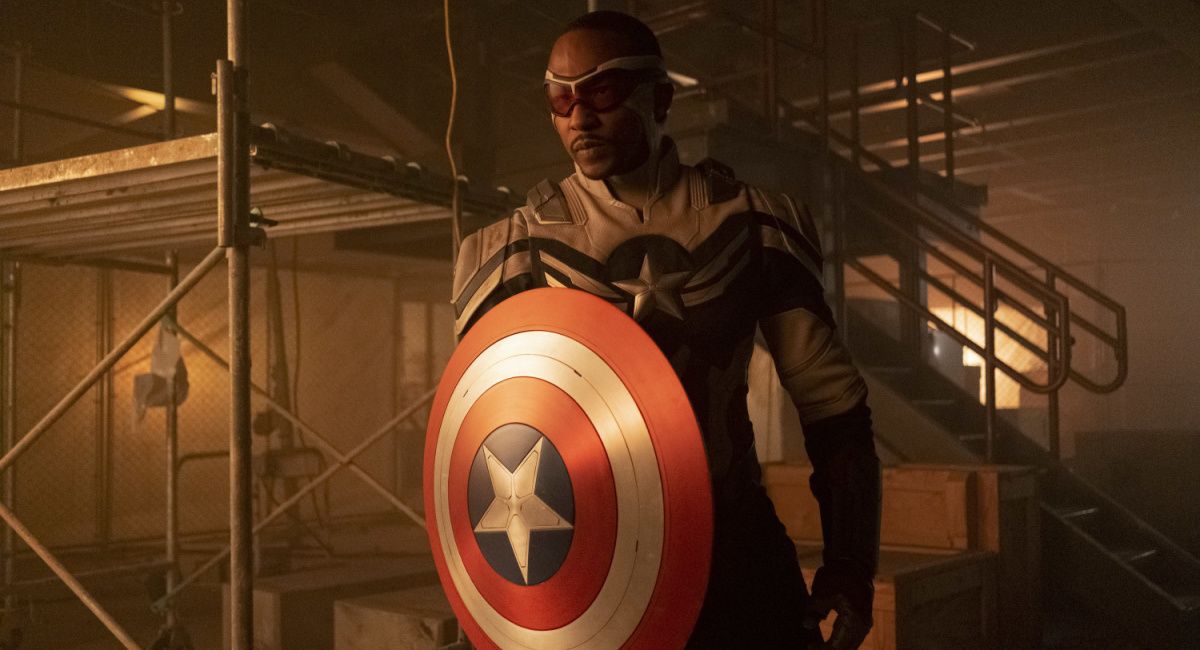 As Marvel moves on through its next phases, the shape of a potential Avengers team is beginning to become clearer.

We’ve known for a while that Anthony Mackie’s Sam “Falcon” Wilson will be back on the big screen, this time in the guise of Captain America. And the movie has found its director for 'Captain America 4' in Julius Onah, according to The Hollywood Reporter.

The handover, of course, first occurred at the end of ‘Avengers Endgame’, where Chris Evans’ Steve Rogers arrived back from his trip to return the Infinity Stones to their rightful place in time, having decided to live a full life instead of using the quantum time-jumping system.

An elderly Steve hands a version of his iconic shield off to Sam, who is unsure whether he’s worthy. Asked how it feels, he replies, “Like it’s someone else’s”. “It isn’t,” says Rogers.

Yet it would take a lot more wrangling for Sam to finally feel ready to wield the shield and assume the mantle of Cap, an internal – and external – debate chronicled in Marvel’s Disney+ series ‘The Falcon and the Winter Soldier’.

That show saw Sam and Bucky Barnes (Sebastian Stan) dealing with a variety of threats (including an out of control US Agent, played by Wyatt Russell, who was initially crowned Cap’s replacement by the American government) but ultimately ended with Sam suiting up as the new Captain America.

And the connective tissue between the show and the new movie doesn’t end there, as Malcolm Spellman, head writer for the series, is at work on the film’s script alongside Dalan Musson, who was on his writing staff.

Onah, born in Nigeria, but a world traveller thanks to his diplomat father, made waves with impressive shorts produced while at NYU, and his film school thesis attracted Spike Lee as an executive producer.

After J.J. Abrams saw his short film work, he hired Onah to direct ‘The Cloverfield Paradox’, the second spin-off set in the ‘Cloverfield’ universe.

Though the movie itself didn’t exactly soar – Paramount sold it off to Netflix – and the reviews weren’t great, but Onah has since made more well-received movies including 2015’s ‘The Girl is in Trouble’ and 2019’s ‘Luce’.

The latter movie premiered to acclaim at that year’s Sundance Film Festival and was nominated for several awards. That, combined with his experience handling effects, no doubt contributed to Marvel’s hiring him.

Marvel Studios (and boss Kevin Feige) have a history of hiring filmmakers who have largely worked in indie movies, finding success with the likes of the Russobrothers, who have handled the last few ‘Captain America’ movies and the two gigantic ‘Avengers’ films, ‘Infinity War’ and ‘Endgame’.

Onah stepping aboard means the movie is moving forward, so we’ll be interested to see who joins the cast. Evans seems unlikely, since he’s said he’s not looking to return, but we figure Stan will show up as Bucky.

As of yet, the movie doesn’t have an announced release date.

A sequel to Marvel Studios' The Falcon and the Winter Soldier and follows Sam Wilson as the new Captain America. Read the Plot

To 'Infinity' and Beyond: Chris Evans and Robert Downey Jr. Compare Each Other to Disney Duos