‘Paws of Fury: The Legend of Hank’s Michael Cera Loves Cats and Dogs!

Moviefone speaks with Michael Cera about his new animated movie loosely based on ‘Blazing Saddles,’ meeting Mel Brooks, and if he is a dog or cat person.

Opening in theaters on July 15th is the new animated movie loosely based on Mel Brooks’ iconic comedy ‘Blazing Saddles’ entitled ‘Paws of Fury: The Legend of Hank.’

Directed by Rob Minkoff (‘The Lion King’), the movie focuses on Hank (Michael Cera), a down-on-his-luck dog who is trained to be a samurai by his mentor, a cat named Jimbo (Samuel L. Jackson). Now, Hank and Jimbo must protect a village of cats from the evil Ika Chu (Ricky Gervais) who wants to wage war on them.

Moviefone recently had the pleasure of speaking with Michael Cera about his work on Paws of Fury: The Legend of Hank,’ meeting Mel Brooks, whether he is a dog or cat person, and working with Samuel L. Jackson and director Rob Minkoff. 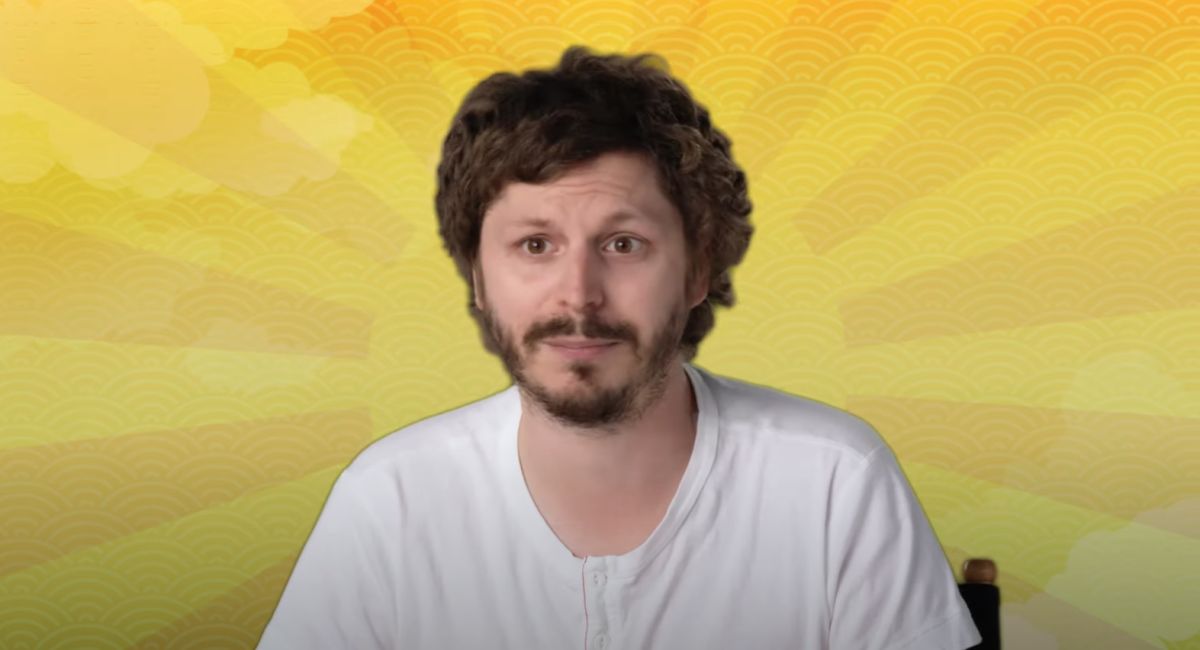 Michael Cera plays Hank in Paramount's 'Paws of Fury: The Legend of Hank.'

You can read our full interview with Michael Cera below or click on the video player above to watch our interviews with Cera, George Takei, Aasif Mandvi, Cathy Shim, Kylie Kuioka, and director Rob Minkoff.

Moviefone: To begin with, what was your reaction when you heard they were making an animated movie loosely based on Mel Brooks’ classic ‘Blazing Saddles?’

Michael Cera: It sounded great to me, and the whole team just sounded great. I felt like it was a very lucky thing to be a part of.

MF: Did you get a chance to meet Mel Brooks?

MC: Not on this project. I have not overlapped with him at all, but I did get to meet him in his office several years ago. It must have been 10 years ago now on the Culver City lot in Los Angeles.

I just went over and paid him a visit in his office, and we got to sit with him for a half an hour and chat. That was just an amazing thing for me. He was so sweet, and it was a great half hour of my life.

MF: In your own words, how would you describe Hank and how did you find the voice for the character?

MC: He's a dog that has a very strong sense of his destiny and his dream, and he's fully committed to that. His heart is completely behind that, and he's willing to go through whatever hardship is thrown his way to achieve it. I like that about him. I think that's an admirable quality about the character.

Finding the voice, I think came from just understanding the character slowly and kind of working with the creative team on bringing him to life. It just kind of comes through osmosis, through trying things, I guess.

Michael Cera as “Hank” and Samuel L. Jackson as “Jimbo” in 'Paws of Fury: The Legend of Hank' from Paramount Pictures, Nickelodeon Movies, Align, and Aniventure.

MF: Can you talk about Hank’s friendship with Jimbo, who is played by Samuel L. Jackson?

MC: Well, Jimbo is the reason that Hank wants to be a Samurai, even though he doesn't realize that when he meets him because Jimbo came to Hank's rescue when he was a little puppy.

So, there's sort of a troubled relationship between them because Jimbo's this inspiring figure to Hank who's turned into such a shell of his former self. But Hank revives the old fire in him and kind of help each other in that way.

MF: Can you talk about the recording process and working with director Rob Minkoff?

MC: Working with Rob was amazing. Rob is an incredible guy, he's got an incredible career and he even came up under (legendary animator) Chuck Jones. We were talking about Chuck Jones last time I saw him.

So, he's just kind of from this world of legendary animators. Having a guy like that to collaborate with is exciting because they just know this space so well, and the fundamentals of it and of character and of bringing all the emotions forward. So, it was great. It was very educational and very fun.

MF: Finally, are you a dog or cat person?

MC: I really couldn't say because I really love all cats and dogs, and I've had great experiences all around with them. So, I wouldn't exclude any from my life.

Michael Cera plays Hank in Paramount's 'Paws of Fury: The Legend of Hank.'

Paws of Fury: The Legend of Hank

A Shape-Shifting Spirit Haunts an Internment Camp in Trailer for AMC's 'The Terror: Infamy'