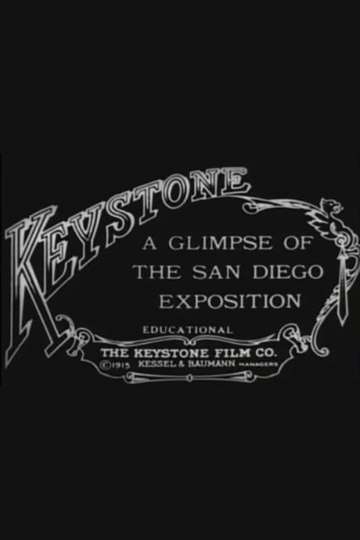 A Glimpse of the San Diego Exposition (1915)

TMDb Score
50
NR 7 minFeb 18th, 1915Comedy, Documentary
In 1915-16, San Diego's Balboa Park was the scene of an exposition to mark completion of the Panama Canal. This film takes us through the exposition: from the Cabrillo bridge and a panoramic view of the site, to the facades of the California Building, Horticultural Building, Panama Canal Exhibit, and the reproduction of the locks at Gatuna. We see tourists on the isthmus and a crowd outside the Panama Film Company's exhibit of how movies are made. We watch the feeding of fish at the laguna, and we end at the Plaza de Panama where toddlers are surrounded by pigeons. Fatty Arbuckle makes a brief appearance outside the Panama Film exhibit. Titles give us each structure's cost.
Show More
DirectorMack Sennett
StarringRoscoe 'Fatty' Arbuckle
Full Cast & Crew

Roscoe 'Fatty' Arbuckle
as Himself