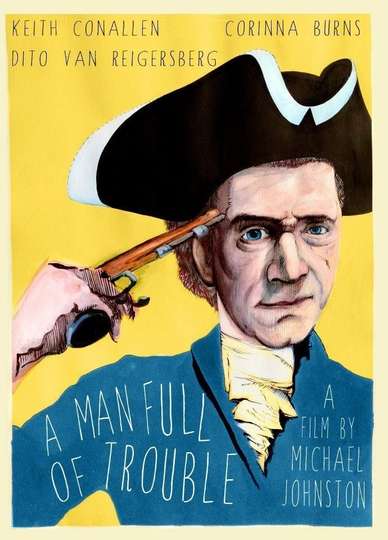 NR 20 minMay 21st, 2017Comedy
A Man Full of Trouble is a dark comedy about Nicholas Crane, a suicidal Alexander Hamilton impersonator working in Philadelphia. Nicholas is forever at odds with the city, its tourists, and the Thomas Jefferson impersonator who continually steals his reenactments no matter how historically inaccurate the circumstances. When Nicholas's affair with Isabelle is discovered, his job as Hamilton is compromised. An affair that bears an uncanny likeness to Alexander Hamilton's infamous Philadelphia sex scandal with Maria Reynolds.
Show More
DirectorMichael Johnston
StarringCorinna BurnsKeith ConallenJared Delaney
Full Cast & Crew

Original Language:English
A Man Full of Trouble on the Web:Facebook