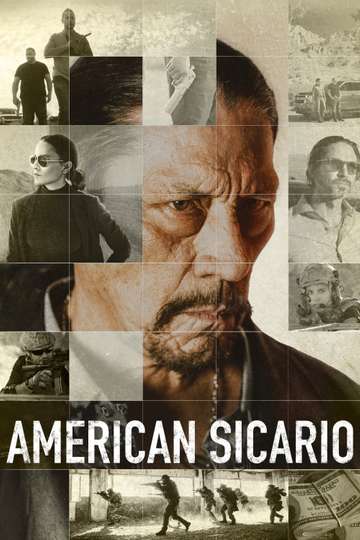 Need to watch 'American Sicario' on your TV, phone, or tablet? Finding a streaming service to buy, rent, download, or watch the Raja Collins -directed movie via subscription can be challenging, so we here at Moviefone want to do the work for you.

Read on for a listing of streaming and cable services - including rental, purchase, and subscription alternatives - along with the availability of 'American Sicario' on each platform when they are available. Now, before we get into the nitty-gritty of how you can watch 'American Sicario' right now, here are some specifics about the VMI Worldwide, Saban Films, GFG Entertainment crime flick.

Released December 10th, 2021, 'American Sicario' stars Philippe A. Haddad, Danny Trejo, Maurice Compte, Maya Stojan The R movie has a runtime of about 1 hr 30 min, and received a user score of 60 (out of 100) on TMDb, which compiled reviews from 49 respected users.

What, so now you want to know what the movie's about? Here's the plot: "The story of the rise and fall of the first American-born drug lord in Mexico, this tale of power, money, greed and betrayal amongst rival members of the drug cartels finds American gangster Erik Vasquez scheming to become the top dog in the Mexican underworld, only to find himself making enemies out of both the powerful cartels and his own allies."

Sword Art Online the Movie -Progressive- Aria of a Starless Night
The Nan Movie
Lean On Me
"Eastside High was out of control...until Joe Clark took it back."

The Ledge
"Don't lose your grip."
Nine Bullets
5 Is the Perfect Number

The Bob's Burgers Movie
"Get your buns in theaters."

Hot Seat
"No time to think. Nowhere to run. One chance to live."
Ali & Ava
Dave Chappelle: What's in a Name?

The Passenger
"Don't sit next to her"

Brian and Charles
"Some friendships are built to last."

The Phantom of the Open
"Every dreamer deserves a shot."

Are you Ready for a Danny Trejo Sitcom?