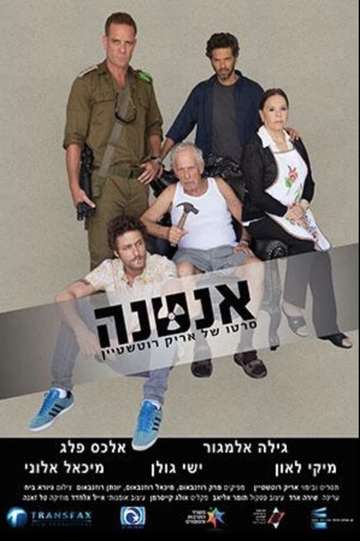 TMDb Score
60
NR Drama
Joshua, an 80-year old Holocaust survivor, discovers one morning, that a cellular antenna was installed on the roof of his house. It turned out that his neighbor has rented his part of the rooftop to a cellular company. Joshua feels a terrible injustice was done. He starts believing that all his diseases and pains are caused by the antenna's radiation. Joshua obsessively starts feeling the radiation everywhere and develops a persecution disorder which risks his life. He goes to war against his neighbor. His wife Sarah, and his 3 adult sons are dragged unwillingly into this vortex. The crisis reveals the personal problems of each of his sons, and they are forced to deal with their father's dark shadow.
Show More
DirectorArik Rothstein
StarringGila AlmagorAlexander PelegIshai Golan
Full Cast & Crew