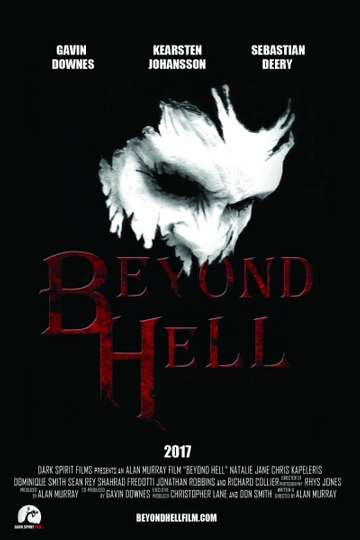 Beyond Hell (2019)Stream and Watch Online

Want to watch 'Beyond Hell' on your TV or mobile device at home? Discovering a streaming service to buy, rent, download, or view the Alan Murray-directed movie via subscription can be a challenge, so we here at Moviefone want to do right by you.

Read on for a listing of streaming and cable services - including rental, purchase, and subscription choices - along with the availability of 'Beyond Hell' on each platform. Now, before we get into the fundamentals of how you can watch 'Beyond Hell' right now, here are some details about the Dark Spirit Films horror flick.

Released April 28th, 2019, 'Beyond Hell' stars Sean Rey, Sebastian Deery, Kearsten Johansson, Dominique Smith The movie has a runtime of about , and received a user score of (out of 100) on TMDb, which assembled reviews from well-known users.

Interested in knowing what the movie's about? Here's the plot: "After trying a new version of the drug Changa, Maryssa finds herself transported to a hell dimension where the demon, Belial, latches on to her. through Maryssa, Belial begins killing her friends one by one in horrific hallucinations."