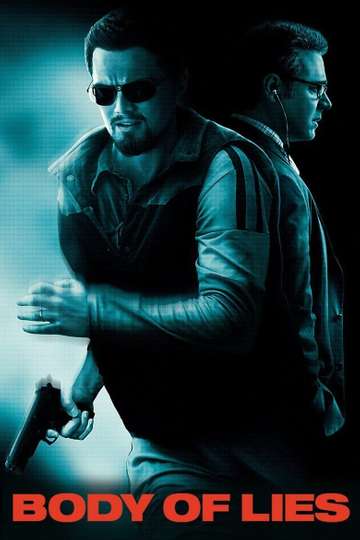 Want to behold the glory that is 'Body of Lies' on your TV or mobile device at home? Hunting down a streaming service to buy, rent, download, or view the Ridley Scott-directed movie via subscription can be a challenge, so we here at Moviefone want to help you out.

We've listed a number of streaming and cable services - including rental, purchase, and subscription alternatives - along with the availability of 'Body of Lies' on each platform. Now, before we get into the nitty-gritty of how you can watch 'Body of Lies' right now, here are some specifics about the Scott Free Productions, De Line Pictures, Warner Bros. Pictures thriller flick.

Released October 10th, 2008, 'Body of Lies' stars Leonardo DiCaprio, Russell Crowe, Mark Strong, Ali Suliman The R movie has a runtime of about 2 hr 8 min, and received a user score of 66 (out of 100) on TMDb, which collated reviews from 2,275 top users.

Curious to know what the movie's about? Here's the plot: "The CIA’s hunt is on for the mastermind of a wave of terrorist attacks. Roger Ferris is the agency’s man on the ground, moving from place to place, scrambling to stay ahead of ever-shifting events. An eye in the sky – a satellite link – watches Ferris. At the other end of that real-time link is the CIA’s Ed Hoffman, strategizing events from thousands of miles away. And as Ferris nears the target, he discovers trust can be just as dangerous as it is necessary for survival."

Catch Me If You Can
A true story about Frank Abagnale Jr. who, before his 19th birthday, s...

Robin Hood
When soldier Robin happens upon the dying Robert of Loxley, he promise...

The Bourne Ultimatum
Bourne is brought out of hiding once again by reporter Simon Ross who...

The Aviator
A biopic depicting the life of filmmaker and aviation pioneer Howard H...

RockNRolla
When a Russian mobster sets up a real estate scam that generates milli...

The Beach
Twenty-something Richard travels to Thailand and finds himself in poss...