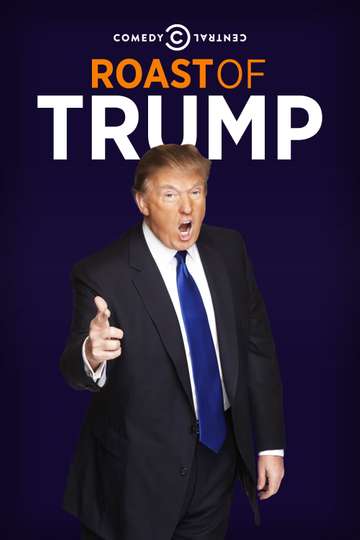 Looking to feast your eyes on 'Comedy Central Roast of Donald Trump' in the comfort of your own home? Finding a streaming service to buy, rent, download, or watch the Joel Gallen-directed movie via subscription can be difficult, so we here at Moviefone want to help you out.

Released March 15th, 2011, 'Comedy Central Roast of Donald Trump' stars Donald Trump, Seth MacFarlane, Whitney Cummings, Snoop Dogg The movie has a runtime of about 1 hr 5 min, and received a user score of 68 (out of 100) on TMDb, which put together reviews from 40 knowledgeable users.

Curious to know what the movie's about? Here's the plot: "It's Donald Trump's turn to step in to the celebrity hot seat for the latest installment of The Comedy Central Roast."

'Comedy Central Roast of Donald Trump' is currently available to rent, purchase, or stream via subscription on Vudu, Paramount Plus, Paramount+ Amazon Channel, and CBS .

Comedy Central Roast of Charlie Sheen
It's Charlie Sheen's turn to step in to the celebrity hot seat for the...