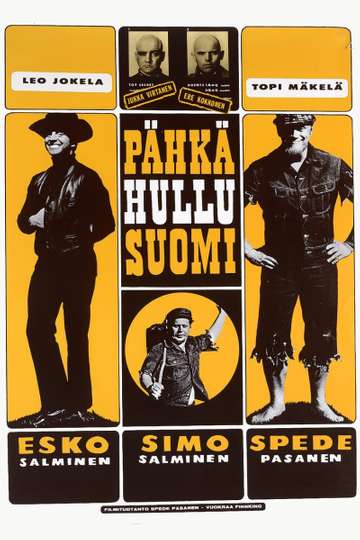 TMDb Score
55
Not Yet Rated Comedy

Pähkähullu Suomi (1967) (Crazy Finland) is a film that pushes every stereotype imaginable about Finland, and then some. Indeed, coming in the same year as Finland’s 50th anniversary, the film’s whole premise is about presenting Finland in hilarious fashion to foreigners and perhaps also making fun of some of the myths of Finnish culture for Finns themselves.