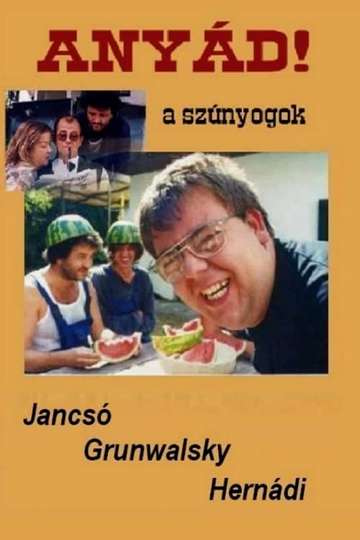 Damn You! the Mosquitoes

Kapa, Pepe and Mesi would like to buy a scrapyard of trains, to start a nostalgia train and earn a lot of money. The capital to start with they want to get from grandpa, who has come home from America with a suitcase full of money. Everybody wants Mesi to approach the old man, because she is the only one he would speak to. But Mesi is more concerned with the idea that she wants a child, by now from anyone, while Pepe is jealous. Kapa’s alleged son emerges, with the mafia behind him: they, too, are eager to get grandpa’s money. After threats and blackmailing, poisoned apples are sent, with only one side of them poisonous. Those dead, by the way, are resurrected by the sound of a song. At last, nobody manages to get the money, but it wouldn’t make sense anyway: it’s all fake. The Statue of Liberty, however, turns out to be blind.