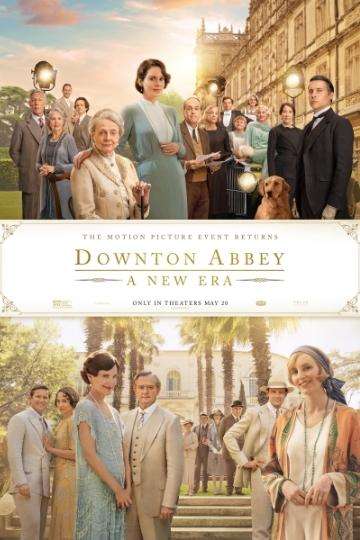 Want to watch 'Downton Abbey: A New Era' on your TV or mobile device at home? Tracking down a streaming service to buy, rent, download, or watch the Simon Curtis-directed movie via subscription can be difficult, so we here at Moviefone want to help you out.

Read on for a listing of streaming and cable services - including rental, purchase, and subscription choices - along with the availability of 'Downton Abbey: A New Era' on each platform when they are available. Now, before we get into the nitty-gritty of how you can watch 'Downton Abbey: A New Era' right now, here are some particulars about the Carnival Films drama flick.

Released May 20th, 2022, 'Downton Abbey: A New Era' stars Hugh Bonneville, Maggie Smith, Jim Carter, Michelle Dockery The PG movie has a runtime of about 2 hr 5 min, and received a user score of 73 (out of 100) on TMDb, which assembled reviews from 152 respected users.

Interested in knowing what the movie's about? Here's the plot: "From award-winning creator Julian Fellowes comes the motion picture event DOWNTON ABBEY: A NEW ERA. The much-anticipated cinematic return of the global phenomenon reunites the beloved cast as they go on a grand journey to the South of France to uncover the mystery of the Dowager Countess' newly inherited villa."

Warhunt
Groot Takes a Bath
Stand Out: An LGBTQ+ Celebration

Jennifer Lopez: Halftime
"It’s just the beginning."
Sam Jay: 3 in the Morning
The Enemy
Twenty Something

The Lost Daughter
"Being a mother is a crushing responsibility."

Doctor Strange in the Multiverse of Madness
"Enter a new dimension of Strange."
What Is a Woman?
"One mans journey to answer the question of a generation"
A Família Braz