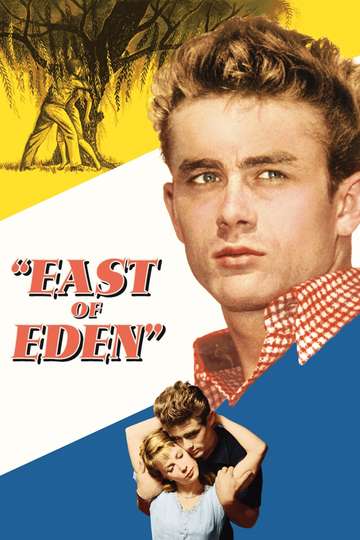 Want to watch 'East of Eden' on your TV, phone, or tablet? Discovering a streaming service to buy, rent, download, or view the Elia Kazan-directed movie via subscription can be difficult, so we here at Moviefone want to do the work for you.

We've listed a number of streaming and cable services - including rental, purchase, and subscription alternatives - along with the availability of 'East of Eden' on each platform when they are available. Now, before we get into the fundamentals of how you can watch 'East of Eden' right now, here are some specifics about the Warner Bros. Pictures drama flick.

Released April 10th, 1955, 'East of Eden' stars James Dean, Julie Harris, Raymond Massey, Richard Davalos The PG movie has a runtime of about 1 hr 55 min, and received a user score of 76 (out of 100) on TMDb, which assembled reviews from 606 experienced users.

You probably already know what the movie's about, but just in case... Here's the plot: "In the Salinas Valley in and around World War I, Cal Trask feels he must compete against overwhelming odds with his brother for the love of their father. Cal is frustrated at every turn, from his reaction to the war, how to get ahead in business and in life, and how to relate to his estranged mother."

On the Waterfront
"The man lived by the jungle law of the docks!"
3:10 to Yuma
"The lonesome whistle of a train... bringing the gallows closer to a desperado... the showdown nearer to his captor!"
Rio Bravo
"They fought back to back... No quarter given... No quarter asked... No way in... No way out... of Rio Bravo!"
A Man and a Woman
"See it with someone you love!"
Sayonara
""I am not allowed to love. But I will love you if that is your desire...""
The Philadelphia Story
"Broadway's howling year-run comedy hit of the snooty society beauty who slipped and fell - IN LOVE!"
Written on the Wind
"This woman in his arms was now the wife of the man he called his best friend!"
Shane
"The Greatest Story Of The West Ever Filmed!"
The Wild One
"Hot feelings hit terrifying heights in a story that really boils over!"
Two for the Road
"They make something wonderful out of being alive!"
Giant
Hud
"The man with the barbed-wire soul."
Rebel Without a Cause
"The bad boy from a good family."
A Streetcar Named Desire
"When she got there she met the brute Stan, and the side of New Orleans she hardly knew existed... Blanche, who wanted so much to stay a lady..."
Viva Zapata!
"A BANDIT WHO BECAME A LEGEND! Roaring Story of Mexico’s Tiger on a White Horse!"
Ashes and Diamonds
"Touched with the fire and rebellion of a new generation of Polish film makers"
As Young as You Feel
"A THOUSAND CHEERS FOR THE NATION'S HAPPY-AS-A-LARK FAMILY!"
Cat on a Hot Tin Roof
"Just one pillow on her bed... and just one desire in her heart."
The Fugitive Kind
"With a guitar and a snake skin jacket he drifted out of the rain...and into the lives of these two women..."
One-Eyed Jacks
"The motion picture that starts its own tradition of greatness."
Key Largo
"A storm of fear and fury in the sizzling Florida Keys!"