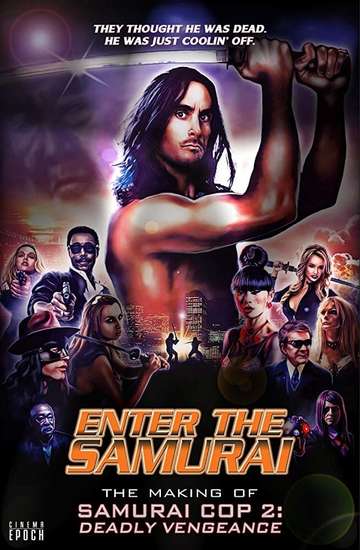 Looking to watch 'Enter the Samurai' on your TV or mobile device at home? Finding a streaming service to buy, rent, download, or watch the Brent Baisley-directed movie via subscription can be confusing, so we here at Moviefone want to do the heavy lifting.

We've listed a number of streaming and cable services - including rental, purchase, and subscription options - along with the availability of 'Enter the Samurai' on each platform when they are available. Now, before we get into the fundamentals of how you can watch 'Enter the Samurai' right now, here are some details about the CineRidge Entertainment documentary flick.

Released July 19th, 2019, 'Enter the Samurai' stars Tommy Wiseau, Mathew Karedas, Mel Novak, Shane Ryan The NC-17 movie has a runtime of about , and received a user score of (out of 100) on TMDb, which assembled reviews from respected users.

Interested in knowing what the movie's about? Here's the plot: "Enter the Samurai is a documentary film which follows the making of the feature film "Samurai Cop 2: Deadly Vengeance". It follows the film crew and artists as they deal with clashes of generations, taste and approach to sanity while attempting to complete production of the film." .