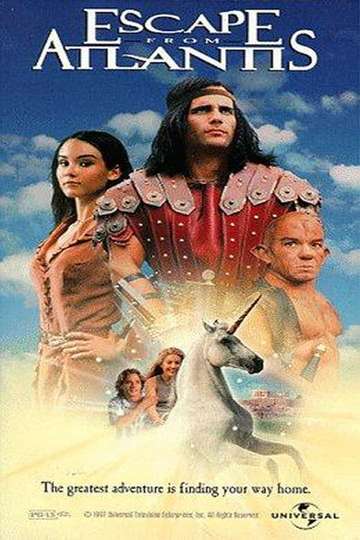 "The greatest adventure is finding your way home."
TMDb Score
35
PG-13 Mar 29th, 1997Family, Fantasy
In order to try to bring together his bickering family, a single father takes his three rebellious teenagers on a vacation trip to the Bahamas. They inadvertently wind up in the Bermuda Triangle, where they are whisked through a time portal and brought to the mythical island of Atlantis. There they are drawn into a fantastical conflict between the peace-loving population and a would-be tyrant determined to take over the island. In their desperate attempts to return home they encounter mythical creatures, evil magicians, and ancient powers.
Show More
DirectorStrathford Hamilton
StarringJeff SpeakmanBrian BloomTim Thomerson
Full Cast & Crew