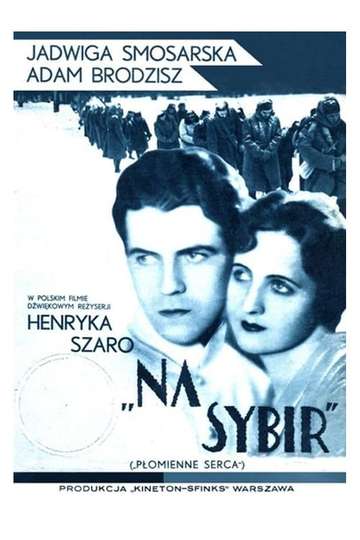 Exile to SiberiaStream and Watch Online

Need to watch 'Exile to Siberia' on your TV or mobile device at home? Finding a streaming service to buy, rent, download, or view the Henryk Szaro-directed movie via subscription can be a challenge, so we here at Moviefone want to do the heavy lifting.

Below, you’ll find a number of top-tier streaming and cable services - including rental, purchase, and subscription choices - along with the availability of 'Exile to Siberia' on each platform. Now, before we get into all the details of how you can watch 'Exile to Siberia' right now, here are some finer points about the flick.

Released , 'Exile to Siberia' stars Adam Brodzisz, Jadwiga Smosarska, Mieczyslaw Frenkiel, Bogusław Samborski The movie has a runtime of about 1 hr 29 min, and received a user score of (out of 100) on TMDb, which compiled reviews from top users.

Want to know what the movie's about? Here's the plot: "The story takes place in 1905 and shows us a glimpse of an earlier Russian occupied Poland. After the assignation of the Governor-General, the Russian authorities in Warsaw are bent on finding the conspirators. Ryszard (Adam Brodzisz) is a Polish patriot that is considered a terrorist to the Russians and a hero to the Poles. He manages to find time to fall in love with a woman named Rena before being caught. The Russians know he was part of the plot, but do not know exactly how much he was involved, so he is sentenced to exile in Siberia. But his sweetheart Rena doesn't stand still while he is sent away, so she follows him to Siberia."

'Exile to Siberia' is currently available to rent, purchase, or stream via subscription on Mubi .