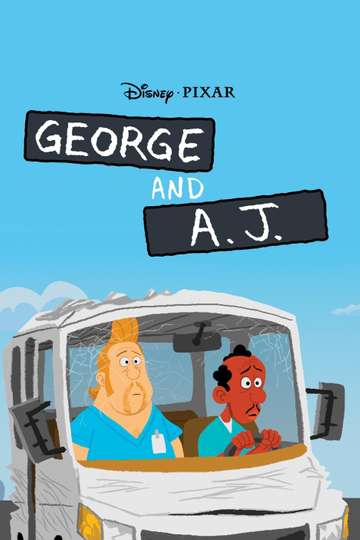 Fancy watching 'George & A.J.' on your TV or mobile device at home? Searching for a streaming service to buy, rent, download, or view the Josh Cooley-directed movie via subscription can be challenging, so we here at Moviefone want to do the work for you.

Read on for a listing of streaming and cable services - including rental, purchase, and subscription alternatives - along with the availability of 'George & A.J.' on each platform. Now, before we get into the nitty-gritty of how you can watch 'George & A.J.' right now, here are some finer points about the Pixar family flick.

Released November 10th, 2009, 'George & A.J.' stars Steve Purcell, Jason Topolski, Bob Peterson The G movie has a runtime of about 4 min, and received a user score of 59 (out of 100) on TMDb, which assembled reviews from 88 top users.

You probably already know what the movie's about, but just in case... Here's the plot: "George & A.J. is a short film created by Pixar which uses characters from the film Up to tell what Nurses George and A.J. did after Carl Fredricksen left with his house tied to balloons in the feature film."

'George & A.J.' is currently available to rent, purchase, or stream via subscription on YouTube, Vudu, Apple iTunes, Disney Plus, and Google Play Movies .

Air Mater
Mater's decision to fly lands him accidentally at a big airshow.

Your Friend the Rat
Let's face it, rats are not the most beloved creatures on earth. Howev...

Knick Knack
Life on a shelf as a snowman trapped in a snow-globe blizzard can beco...

La luna
A young boy comes of age in the most peculiar of circumstances. Tonigh...

Tin Toy
Babies are hardly monster-like, unless you're a toy. After escaping a...

Mike's New Car
Mike discovers that being the top-ranking laugh collector at Monsters,...

BURN·E
What lengths will a robot undergo to do his job? BURN·E is a dedicated...

‘Toy Story 4’ Director and Producers on Tinny, Totoro and How Time Works in the Franchise