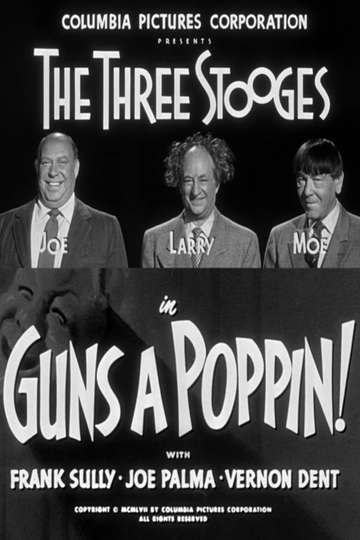 "Moe suffers a nervous breakdown and travels to the country with Larry and Joe for peace and quiet rest in a cabin."
TMDb Score
60
NR 17 minJun 13th, 1957Comedy
Told in flashback, Moe is on trial for assaulting Larry and Joe. It seems that Moe was in debt and suffering a nervous breakdown so Larry and Joe took him to the country for rest and relaxation. After a marauding bear ruined the peace and quiet, their cabin became the scene of a shoot-out between the sheriff and an escaped outlaw. The boys captured the bad guy, and the reward would have paid Moe's debts, but the crook escaped and Moe went after Larry and Joe with an ax.
Show More
DirectorJules White
StarringLarry FineJoe BesserMoe Howard
Full Cast & Crew