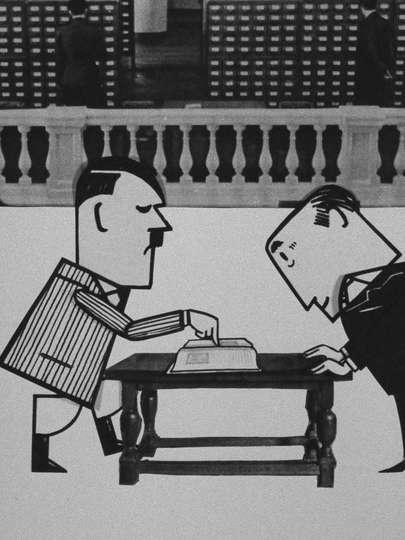 NR 14 minAnimation
What would happen if Hitler came back to West Germany after passing the statute of limitations for Nazi crimes on January 1, 1965? Based on West German laws, he would not only be able to reclaim his private property, but also a restitution. In addition, he could demand to get his power back and the reintegration of German areas into the Reich.
Show More
DirectorsKlaus GeorgiKatja Georgi
StarringRolf RÃ¶merKlaus Georgi
Full Cast & Crew