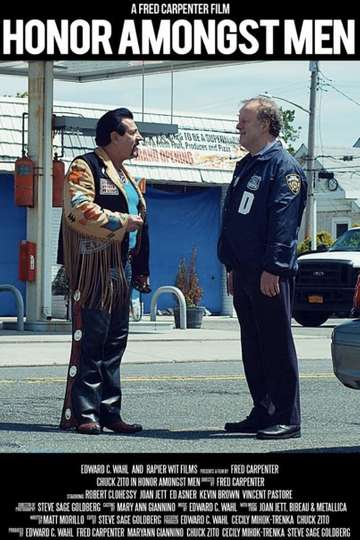 "HONOR AMONGST MEN" is a dramatic thriller about a day in the life of John Halmo (Robert Clohessy), a veteran police officer who is trying to juggle his turbulent home life, the daily stresses of his job, and the apparent inevitable biker war that's about to engulf his hometown. While struggling through a particularly tough day, he finds himself on a collision course with Frank LaCarver (Chuck Zito), the leader of a violent biker gang (Satans Few)who is obsessed with avenging the murder of his brother. These are two men from different sides of the tracks, with different missions, but with one thing in common: an old fashioned code of HONOR, RESPECT, LOYALTY.