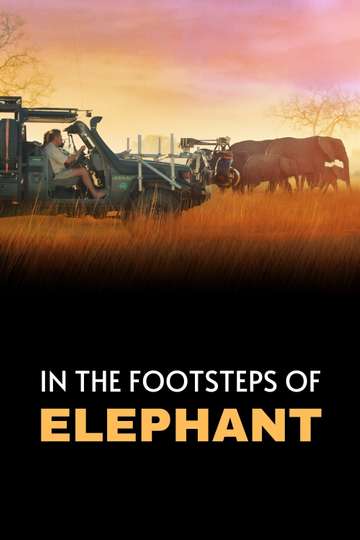 In the Footsteps of Elephant (2020)Stream and Watch Online

Want to behold the glory that is 'In the Footsteps of Elephant' in the comfort of your own home? Hunting down a streaming service to buy, rent, download, or watch the Vanessa Berlowitz-directed movie via subscription can be confusing, so we here at Moviefone want to do the work for you.

We've listed a number of streaming and cable services - including rental, purchase, and subscription alternatives - along with the availability of 'In the Footsteps of Elephant' on each platform. Now, before we get into the various whats and wheres of how you can watch 'In the Footsteps of Elephant' right now, here are some finer points about the Disneynature, Disney Enterprises, Silverback Films, Walt Disney Studios Motion Pictures, Wildstar Films documentary flick.

Released April 3rd, 2020, 'In the Footsteps of Elephant' stars Jeremy Sisto, Mike Chase, Martyn Colbeck, Clinton Edwards The movie has a runtime of about 1 hr 28 min, and received a user score of 80 (out of 100) on TMDb, which collated reviews from 2 experienced users.

What, so now you want to know what the movie’s about? Here's the plot: "Follow filmmakers as they capture the epic journey of African elephants across the Kalahari desert. The team faces extreme weather, inaccessible terrain, crocodile-infested waters and close encounters with lions in order to shine a light on these remarkable creatures and their ancient migrations."

'In the Footsteps of Elephant' is currently available to rent, purchase, or stream via subscription on Disney Plus .

Kylie Erica Mar Has a Ball with 'Break Point' Stars