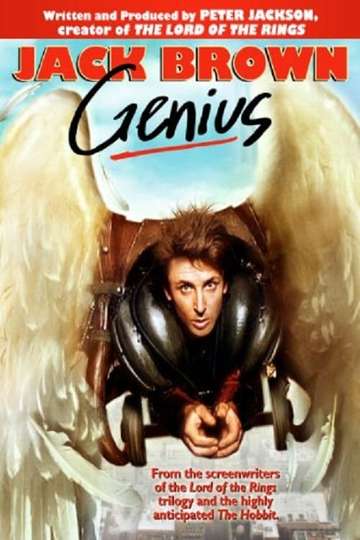 TMDb Score
53
PG-13 Jul 11th, 1994
A thousand years ago, in England, the crazy monk Elmer wears a pair of wings and tries to fly from a high tower. He dies, and his soul is doomed to the eternity in hell for committing suicide. In the present days, in New Zeland, Elmer has the last chance to prove that men can fly and save his soul: his spirit enters in the brain of a very intelligent inventor, Jack Brown, and forces him to try to fly. Jack uses his last creation, an amplifier in a tape record, to succeed in the journey, but his invention is strongly desired by his former boss and his lover, who want to sell it to a Chinese investor. Jack's girlfriend helps him to accomplish his intent.
Show More
DirectorTony Hiles
StarringTimothy BalmeNicola MurphyMarton Csokas
Full Cast & CrewBuy DVD