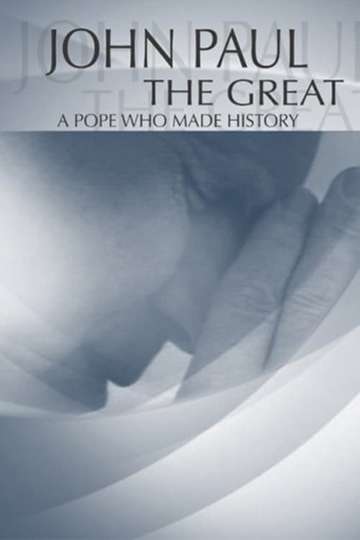 NR Jan 15th, 2007
During his near-27-year reign, John Paul II (Karol Wojtyla) was known as the people s Pope, traveling countless miles to greet both the faithful & skeptics, carrying a message of peace & Christianity to his vast audiences. While the Nazis were tyrannizing Europe, the young Wojtyla worked in a rock quarry, where he acquired a lifelong respect for the dignity of labor. In his spare time, Wojtyla hiked & enjoyed other athletic pursuits, wrote poetry, & dabbled in acting on the stage, but he increasingly felt called to the priesthood. Ordained in 1946, Wojtyla & the Catholic church faced fresh challenges after the fall of Hitler, as new Communist rulers were quick to curtail religious & civil liberties. The documentary profile John Paul the Great follows Wojtyla s path from his birth in the Polish town of Wadowice in 1920 to Rome, where in 1978 s year of three Popes, he unexpectedly ascended Saint Peter s throne to become head of the Catholic Church, serving until his death in 2005.
Show More
Movie Details