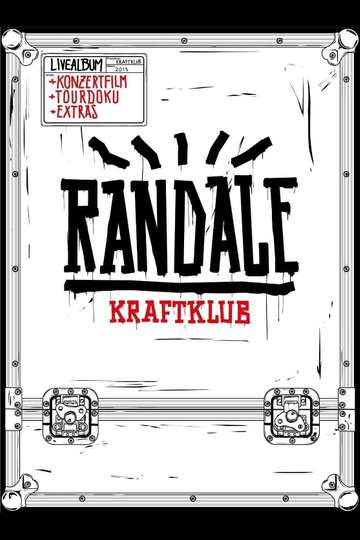 TMDb Score
90
NR Music
Pretty much exactly twelve months ago, the second Kraftklub album "In Schwarz" ("In black") was released, which reached - just like their debut album - number 1 on the German charts. Since then, Kraftklub won the 1LIVE Krone for Best Band, drove with the "In Schwarz" convoi across the country, won an Echo, organized the third annual Kosmonaut Festival, and achieved Gold for more than 100,000 sold copies of "In Schwarz". But first and foremost, Kraftklub went on several tours, on which they played countless celebrated concerts in clubs, halls and at festivals all over Germany. And because the sensual frenzy of a Kraftklub concert goes by so damn fast, there is now "Randale" ("riot"). As a remembrance for everyone who was there. And as a consolation for those who couldn't get any tickets anymore - but especially as a fantastic record and portrait of a one-of-a-kind band in sound and vision.
Show More
StarringFelix BrummerKarl SchumannTill Brummer
Full Cast & Crew