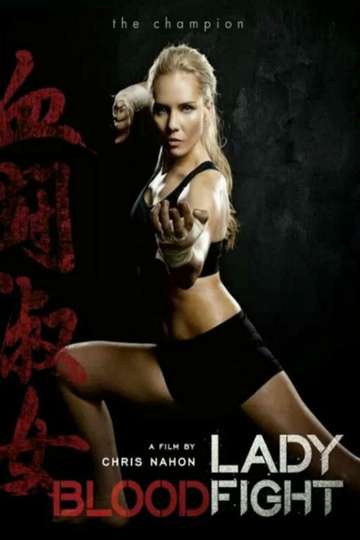 Looking to watch 'Lady Bloodfight' in the comfort of your own home? Tracking down a streaming service to buy, rent, download, or view the Chris Nahon-directed movie via subscription can be challenging, so we here at Moviefone want to do the work for you.

Below, you'll find a number of top-tier streaming and cable services - including rental, purchase, and subscription alternatives - along with the availability of 'Lady Bloodfight' on each platform when they are available. Now, before we get into the fundamentals of how you can watch 'Lady Bloodfight' right now, here are some finer points about the Voltage Pictures, B&E Productions thriller flick.

Released November 11th, 2016, 'Lady Bloodfight' stars Amy Johnston, Muriel Hofmann, Kathy Wu, Jenny Wu The R movie has a runtime of about 1 hr 37 min, and received a user score of 66 (out of 100) on TMDb, which put together reviews from 121 respected users.

Want to know what the movie's about? Here's the plot: "Jane is a beautiful but troubled American girl backpacking through Japan, when her raw street fighting skills draw the attention of Oshima, Japanese karate champion, who recruits and trains her to fight in the vicious, all-female, underground martial arts tournament known as "The Kumite". After months of rigorous preparation, Jane is ready to face off against the deadliest female fighters in the world, including Ling, the Chinese apprentice of Oshima's nemesis. But other nefarious forces lie in the shadows, and Jane and Ling will have to unite on a journey that will take them from the gritty underworld of Hong Kong to the glitz of Macao, before deciding who really is the best female fighter on the planet."

The Aviary
"Believing is deceiving."