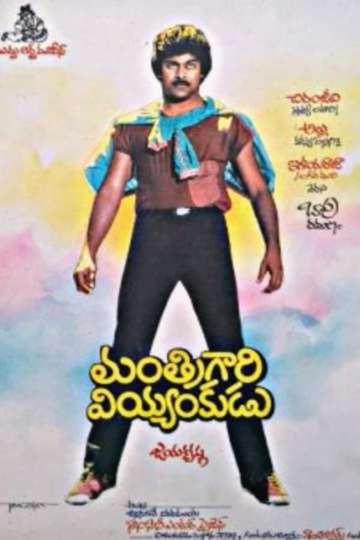 NR Romance
Mantrigaari Viyyankudu is comedy based movie in which, Allu Ramalingayya is a wealthy man who wants to get his children married into a minister’s family.His daughter (Poornima Jayaram) is just like him who hates the poor people on the other hand, his son ( subalekha sudhakar) a medice is a different person in love with Tulasi, a poor girl but is afraid to tell his father who wants to get lumpsum amount as dowry.When he comes to know of it he insults Tulasi’s parents Nirmala and Raavi Kondalarao. Enter Chiru their son who wants to teach allu a lesson. He puts Nirmala into election for the local constituency and he teaches a lesson to allu’s daughter who falls for him and offers him help in doing his mission.Rest of the plot forms on how the younsters teach a lesson to allu on dowry and his false prestiges.
Show More
DirectorBapu
StarringChiranjeeviPoornima BhagyarajAllu Ramalingaiah
Movie DetailsWhere to WatchFull Cast & Crew