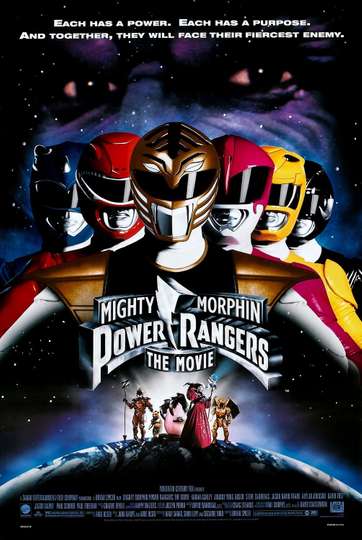 Want to watch 'Mighty Morphin Power Rangers: The Movie' in the comfort of your own home? Finding a streaming service to buy, rent, download, or view the Bryan Spicer-directed movie via subscription can be difficult, so we here at Moviefone want to do the heavy lifting.

Read on for a listing of streaming and cable services - including rental, purchase, and subscription alternatives - along with the availability of 'Mighty Morphin Power Rangers: The Movie' on each platform when they are available. Now, before we get into the nitty-gritty of how you can watch 'Mighty Morphin Power Rangers: The Movie' right now, here are some specifics about the 20th Century Fox, Saban Entertainment, Toei Company, Fox Family Films science fiction flick.

Released June 30th, 1995, 'Mighty Morphin Power Rangers: The Movie' stars Jason David Frank, Steve Cardenas, Amy Jo Johnson, David Yost The PG movie has a runtime of about 1 hr 36 min, and received a user score of 58 (out of 100) on TMDb, which collated reviews from 579 experienced users.

Interested in knowing what the movie's about? Here's the plot: "Six incredible teens out-maneuver and defeat evil everywhere as the Mighty Morphin Power Rangers, but this time the Power Rangers may have met their match when they face off with Ivan Ooze, the most sinister monster the galaxy has ever seen." .

Teenage Mutant Ninja Turtles II: The Secret of the Ooze
"Cowabunga, it's the new turtle movie."
Turbo: A Power Rangers Movie
"The Power Is Back!"
Akira
"Neo-Tokyo is about to E.X.P.L.O.D.E."
Beauty and the Beast
"The legend is reborn..."

The Matrix Resurrections
"Return to the source."
Inseparables
The Borrowers
"Little People. Big Trouble. Lots of fun."
Teenage Mutant Ninja Turtles III
"The Turtles Are Back....In Time."
Punch-Drunk Love
"You can go to places in the world with pudding."
Saint Seiya: Legend of Sanctuary

Power Rangers
"Together we are more."
Cheese Head
The Wrath of God

House of the Dead
"You won't last the night."