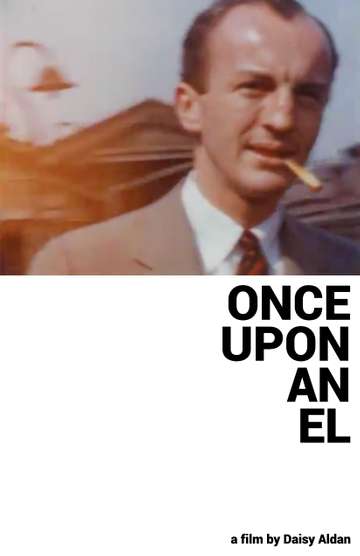 "The poet Daisy Aldan (who brought Gerard Malanga into the world of experimental filmmaking) directed a beautifully evocative and impressionistic documentary, Once Upon an El, in 8mm color with a 7 1/2 ips tape soundtrack. The 15-minute film's cast included John Ashberry, James Broughton, Chester Kallman, Frank O'Hara, Olga Petroff, Kermit Sheets, and other luminaries of the Avant-Garde, the soundtrack was composed by Storm de Hirsch. Once Upon An El documented the activities of a group of writers and composers...[demonstrating] against the demolition of New York's Third Avenue elevated railway (FMC 1967, 7-8) , which was demolished anyway" - Wheeler Winston Dixon

Original Language:English
Production Companies:Folder Editions
Once Upon An El on the Web:Official Website