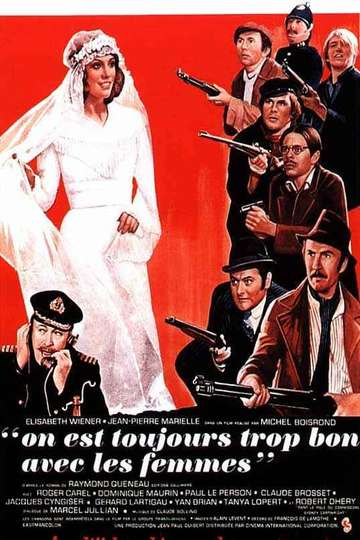 One Is Always Too Good to Women

NR
This French farce/drama takes place in Ireland in 1916, during one of the peak periods of revolutionary violence. Seven Irish revolutionaries have taken over a post office, totally evacuating the building. Or so they think. They missed Gertie Gertel, who was in the bathroom at the time. By the time she is discovered, they are sufficiently besieged that for her own safety, she must stay with them. Gertie, it turns out, is about as pro-British as it is possible to be, and the seven take it on themselves, in the midst of battles and gunfights, to win her over to their cause.
Show More
DirectorMichel Boisrond