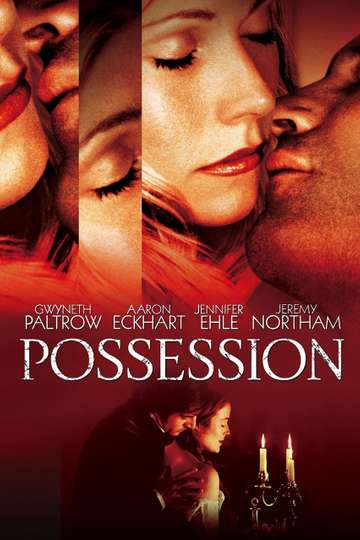 Need to watch 'Possession' on your TV, phone, or tablet? Tracking down a streaming service to buy, rent, download, or view the Neil LaBute-directed movie via subscription can be confusing, so we here at Moviefone want to do the work for you.

Read on for a listing of streaming and cable services - including rental, purchase, and subscription alternatives - along with the availability of 'Possession' on each platform. Now, before we get into the fundamentals of how you can watch 'Possession' right now, here are some particulars about the Focus Features, Warner Bros. Pictures, Baltimore Spring Creek Productions, Contagious Films, USA Films drama flick.

Released October 2nd, 2002, 'Possession' stars Gwyneth Paltrow, Aaron Eckhart, Jeremy Northam, Jennifer Ehle The PG-13 movie has a runtime of about 1 hr 42 min, and received a user score of 61 (out of 100) on TMDb, which compiled reviews from 130 well-known users.

You probably already know what the movie's about, but just in case... Here's the plot: "Maud Bailey, a brilliant English academic, is researching the life and work of poet Christabel La Motte. Roland Michell is an American scholar in London to study Randolph Henry Ash, now best-known for a collection of poems dedicated to his wife. When Maud and Roland discover a cache of love letters that appear to be from Ash to La Motte, they follow a trail of clues across England, echoing the journey of the couple over a century earlier."

Emma
Emma Woodhouse is a congenial young lady who delights in meddling in o...

Bounce
A man switches plane tickets with another man who dies in that plane i...

Emma
Emma Woodhouse has a rigid sense of propriety as regards matrimonial a...

Much Ado About Nothing
In this Shakespearean farce, Hero and her groom-to-be, Claudio, team u...

Persuasion
Persuasion is the newest adaptation of the classic Jane Austen novel o...

Last Night
The story follows a married couple, apart for a night while the husban...