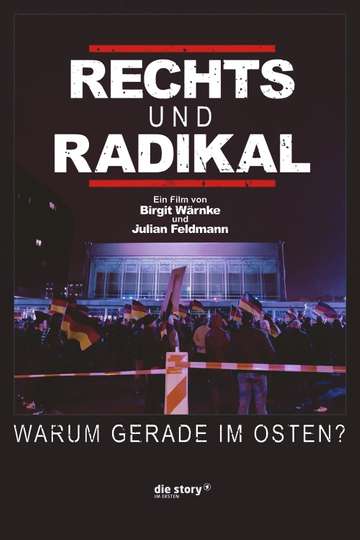 NR 45 minTV Movie, History, Documentary
Today the periode is called "Basballschlägerjahre". The early 1990s in Eastern Germany were marked by right-wing extremist violence. After the fall of the Berlin Wall, leading neo-Nazis from West Germany met with great interest with their ideas for a brown revolution in Eastern Germany. The reasons for this lay in the concealment of a neo-Nazi scene that had already grown stronger in the 1980s and was officially not allowed to exist in the anti-fascist GDR. The failure to deal with the National Socialist past and the Holocaust in schools and in society over the past 40 years were further reasons. There was hardly any understanding of democracy. The effects: nowhere else in Germany have right-wing extremist parties like the NPD and AfD achieved such great success in the new millennium. The documentary tries to show connections between the GDR past, reunification and the current situation in Eastern Germany.
Show More
DirectorsBirgit WÃ¤rnkeJulian Feldmann
StarringBirgit WÃ¤rnkeHarry WaibelBernd Wagner
Movie DetailsFull Cast & Crew