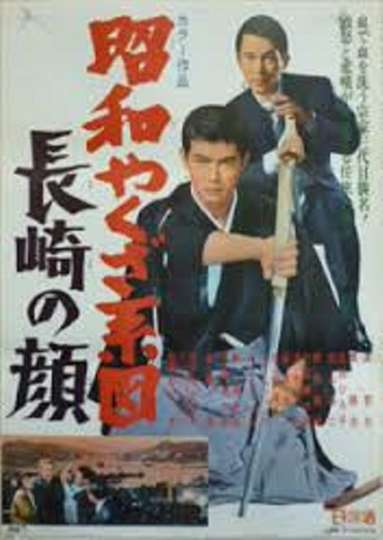 NR 1 hr 34 minDrama
When Keiji Takama returns to Nagasaki, he finds many changes. The rights of the entertainment field that had been held by his family have been taken over by the Matsui Group, a new gangster setup. So he becomes head of the Takama Group to regain lost territory. With the cooperation of all the Bosses from Tokyo to Nagasaki, who had known his father, Keiji recovers the rights to put on shows at the City Hall. As he had feared, however, Matsui begins to interfere with his plans. Keiji's men are furious, but he knows better than to take up the cudgels with Matsui at this important time. Whatever Matsui does, Keiji goes one better. Frustrated and bitter, Matsui calls in the help of Koiwa, a killer. Now, having tried his best to oust Keiji but finding that he is made of sterner stuff than he had counted on, he decides to have Koiwa do away with him for good.
Show More
DirectorTakashi Nomura
StarringTetsuya WatariEiji GÅHiroko Masuda
Full Cast & Crew